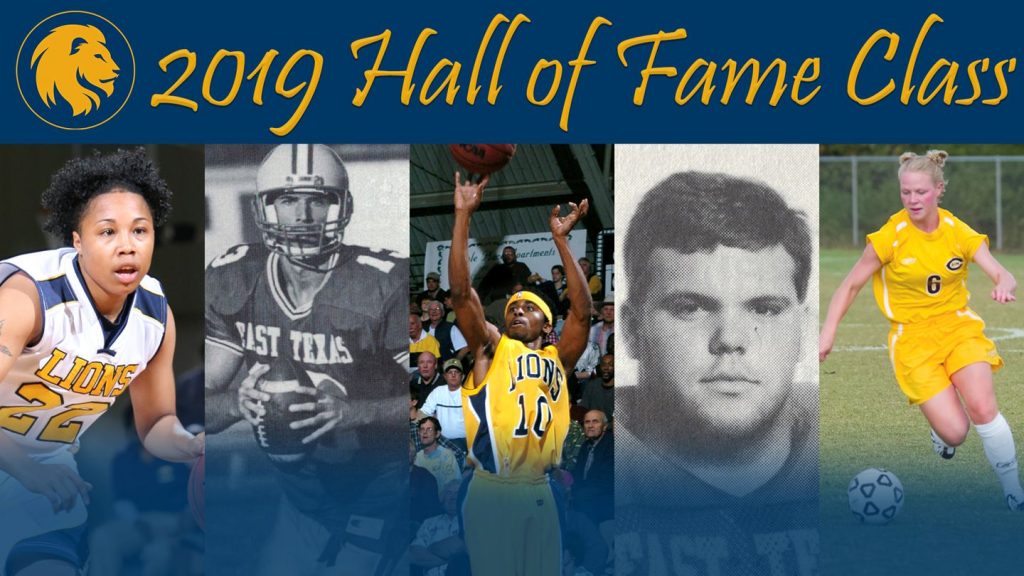 The luncheon will take place at 11 a.m. on Saturday, October 12, in the Sam Rayburn Student Center on the A&M-Commerce campus. The luncheon is open to the public with a cost of $30 per person or $50 for a couple. Tickets are available online HERE, or by contacting associate director of athletics for resource development and executive director of the Lion Champions Fund Taylor Phelps to RSVP at (903) 886-5554 ortaylor.phelps@tamuc.edu.

The Letter-winner’s Tailgate will begin at 4 p.m. prior to the Lions’ football game against Midwestern State at 6 p.m.  All letter-winners will be recognized on field during the game, as well as the Hall of Fame honorees.