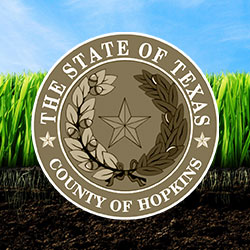 Hopkins County Commissioners’ Court issued a proclamation today honoring Dr. James Tully for his community service and contributions throughout his career as an educator. You can read the full proclamation below:

WHEREAS,  Dr. James Elvis “Jim” Tully was born in the Flora community in Hopkins County on March 8, 1929, the youngest of 6 children of Lee and Rosa Tully. At the age of 4, his family moved first to Hagansport, then to Santa Fe, Texas, where he graduated from High School; and

WHEREAS,  Jim taught in public education systems for 38 years, including schools in Santa Fe, Alvin, and Houston; and

WHEREAS,  Dr. Tully helped start and served as the Dean of Learning Resources at Western Texas College in Snyder for 17 years while teaching at the college. He also taught at Texas Tech, the University of Texas at Austin, Sul Ross University, and at East Texas State University. He started and served as Executive Secretary of the Texas Association for Educational Technology; and

WHEREAS,  After his retirement from teaching, he worked as a department manager, then as an assistant store manager for Walmart for 11 years, first in Snyder and later in Sulphur Springs where he and his wife, Peggy relocated so he could care for his elderly mother and several other close family members until their deaths; and

WHEREAS,  Jim is a Life Member of the Sulphur Springs Kiwanis Club and has been a Kiwanian for 48 years, with 46 years of perfect attendance. His wealth of knowledge and experience is a valuable resource for the local club to this day. While at Western Texas College he started the first Golden K club in the State of Texas and was elected Lieutenant Governor of Division 22. Later, after returning home, he helped charter a local Golden K club in Sulphur Springs; and

WHEREAS,  Jim is an active and dedicated member of League Street Church of Christ and has been instrumental in several efforts including the food pantry and the jail ministry; and

WHEREAS,  Mr. Tully served in active duty in the United States Army from 1952 through 1954, primarily at Camp Chafee in Arkansas, where he rose to the rank of Sergeant 1st class more quickly than any other enlisted man in the Camp’s history. He then served for 9 years in the Reserves, for a total of 11 years of service to our nation; and

NOW THEREFORE BE IT RESOLVED, that the Hopkins County Commissioners Court urges all to acknowledge the valuable asset to our community, the dedicated servant of the Lord as well as for the people of Hopkins County and the local treasure we know as Jim Tully. On March 8, 2019 Jim Tully will turn 90 years of age and this court recognizes the immense contributions he has made to our county, our state, and our nation.

Traffic Stop by Local Law Enforcement Results in Arrest of Man with Warrant for First Degree Murder from Dallas County.