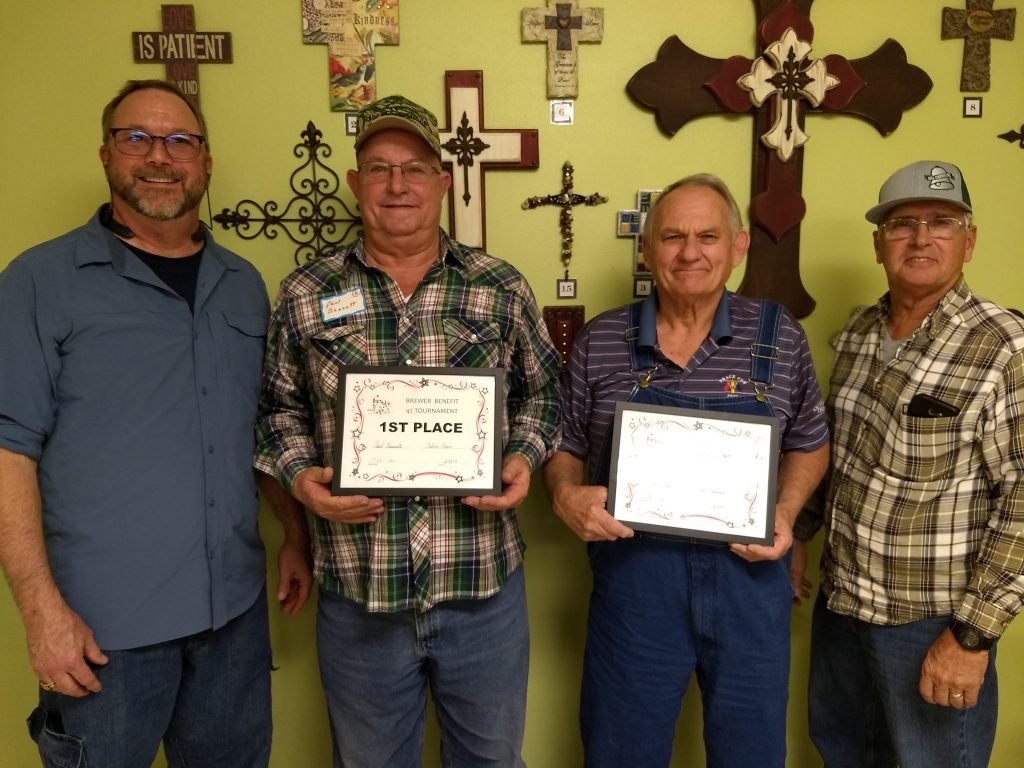 18 Teams played in the Pickton Tabernacle Baptist Church Fundraiser 42 Tournament. The 42 Tournament raised $1,360.00 for Missionaries Jason and Jamie Brewer who have been stationed in Papua New Guinea for the past 6 years. Winners of the 42 Tournament were Paul Bennett and Calvin Bain. Floyd Pool and Anne McConnell finished in second place.
Shown in photos with the winners are Pastor Mike Haun and Tournament Coordinator Tommy Neal. 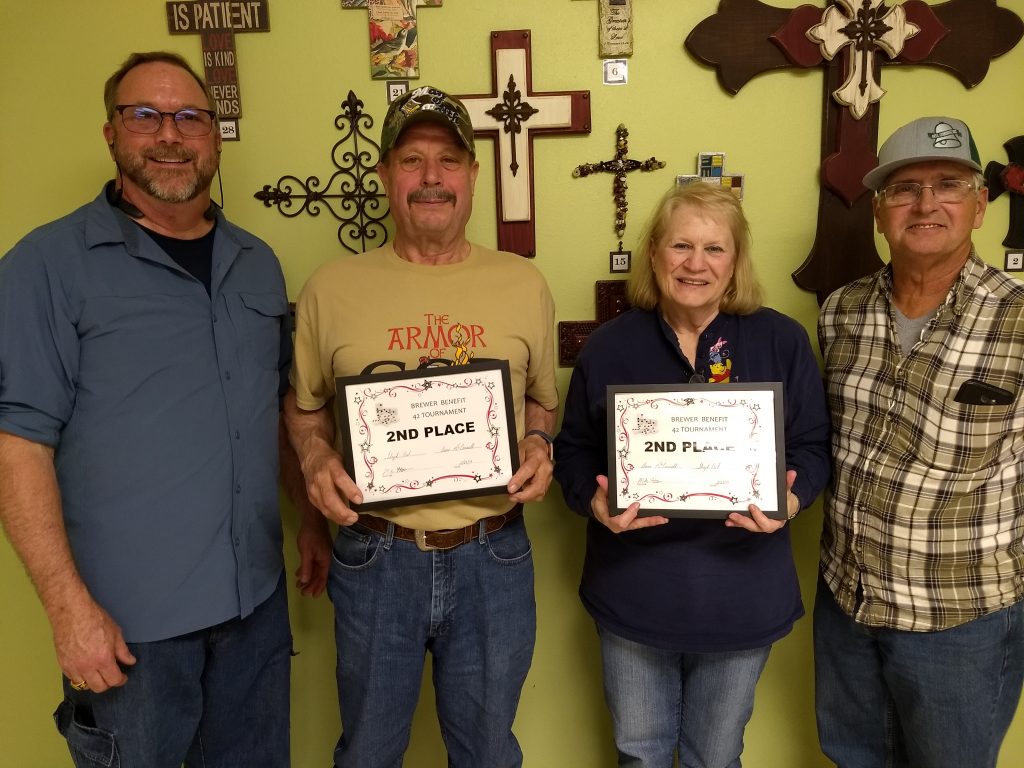