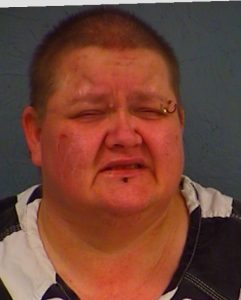 Sulphur Springs Police Departments officers responded to a to a welfare concern at a residence on Weaver Drive last night. Officers contacted Tammy Rene McWilliams at the residence and she became very combative with officers.

After multiple attempts to check on the welfare of her and her roommate, McWilliams charged officers and assaulted one officer causing bodily injury. Officers then attempted to handcuff McWilliams and she resisted and fought with the officers.

McWilliams was charged with Assault of a Peace Officer and Resisting Arrest/Search/Transport and is currently held at Hopkins County Jail on bonds totaling $52,000.