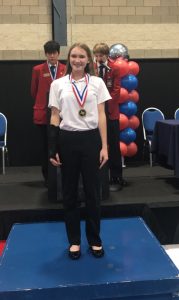 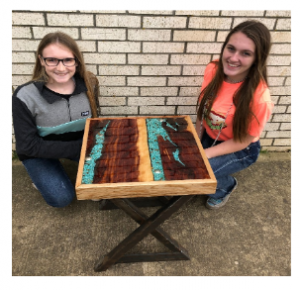 Katie and Summer also exhibited an Epoxy River End Table and received a blue ribbon  and score of 93/100. They will be advancing to state.(pictured; Summer Gilbreath and Katie Morgan) 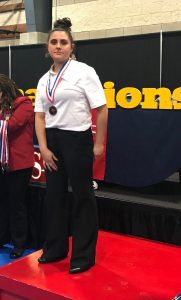 Jesus Gonzalez and Maci Wright competed in the Construction Materials Identification identification contest as a team and received a silver metal,  placing 2nd overall and will advance to the state competition. (Pictured; Maci Wright receiving the team’s Silver Medal.) 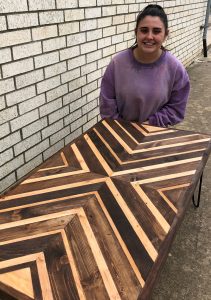 Maci Wright aslo exhibited an Art Deco Coffee Table, which received a score of 95/100 and a blue ribbon. Maci will Advance to state. 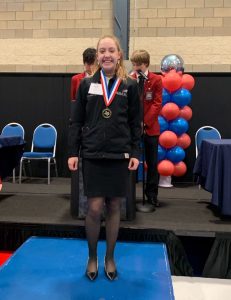 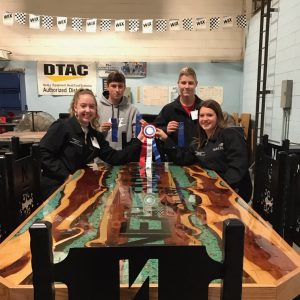 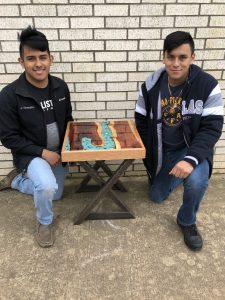 Jesus Gonzalez and Gabriel Garcia exhibited an Epoxy River End table and received a score of 92/100, in addition to a blue ribbon. They will advance to state.

(Pictured: Jesus and Gabriel with their Epoxy River End Table)