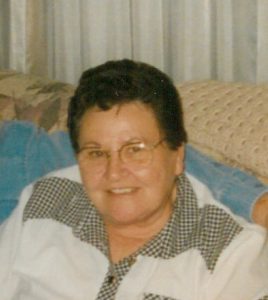 Peggy Williams was born on December 17, 1932, in Union Valley, Hunt County, Texas.  She was the eighth and last child of James and Avie Monk Bostick Williams.  She attended schools in Fox, Oklahoma.  Peggy worked in the printing business in Houston and later San Marcos.  She retired to the Flora Community in Hopkins County in 1988 and lived there until her death.  She attended Dike Baptist Church and had rededicated her life to Christ.

She is survived by son Wesley Williams, her brother, Herbert Williams of Ft. Worth; numerous nieces and nephews; best friend, Joanne Reid.