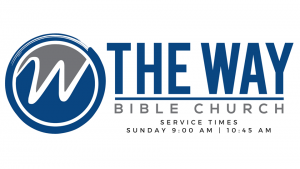 Acts 2:5-11
5 Now there were dwelling in Jerusalem Jews, devout men from every nation under heaven. 6 And at this sound the multitude came together, and they were bewildered, because each one was hearing them speak in his own language. 7 And they were amazed and astonished, saying, “Are not all these who are speaking Galileans? 8 And how is it that we hear, each of us in his own native language? 9 Parthians and Medes and Elamites and residents of Mesopotamia, Judea and Cappadocia, Pontus and Asia, 10 Phrygia and Pamphylia, Egypt and the parts of Libya belonging to Cyrene, and visitors from Rome, 11 both Jews and proselytes, Cretans and Arabians—we hear them telling in our own tongues the mighty works of God.”

When the Holy Spirit fell upon the 120 in the Upper Room on Pentecost, Jesus promise of power was fulfilled. What many fail to understand is that the power came in the form of love. Power, as the world knows it, is self serving and self promoting, while power from the Holy Spirit is always outwardly focussed. Today’s text makes very obvious what the purpose of this power was…it was to enable the recipients to reach others with the message of God’s love. God empowered His people to speak in languages that they had never learned so they could bring hope to those who would have otherwise never been able to hear it. When the Holy Spirit equips you with any of His gifts you can rest assured that it is not for your benefit or status. He has simply opened up an avenue through which you get to share with those who are lost ‘the mighty works of God’. So if you want see an outpouring of the Holy Spirit’s power, ask for an outpouring of His love. He loves the lost so much that He created gifts to operate in power to touch and change even the hardest of hearts. You have this same love built into you if you are born again, you simply need to ask Him to help you draw upon it. Let the love of God operate through you in power today.