The ‘Shattered Dreams’ program was held at Cumby ISD on Wednesday afternoon. The program is a realistic simulation of a drunk driving/distracted driving auto accident. The program was coordinated by Justice of the Peace Brad Cummings, Hopkins County EMS Coordinator Brent Smith and paramedic Tabitha Vaught. Hopkins County first responders participated in the simulation along with Murray Orwosky Funeral Home.

The day began with “grim reapers” pulling two students out of class at a time along with an obituary being read over the PA system. The students pulled out of class then wore black shirts and white face paint the rest of the day.

Students were then taken outside for the crash simulation. Members of Hopkins County EMS, Hopkins County Sheriffs Department, and Hopkins County FD worked the scene and treated the victims that were portrayed by students. The injured students were taken away in an ambulance and Flight for Life. One student was pronounced dead at the scene by JoP Cummings. One of the drivers was arrested.

This was a great program that helped students see the potential impact of their actions. As JoP Brad Cummings told me, “If we can just save one life it will all be worth it.” 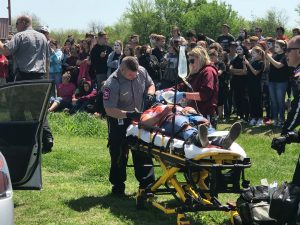 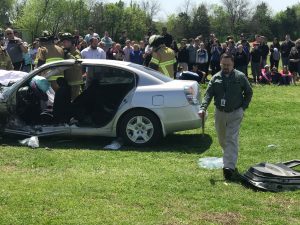 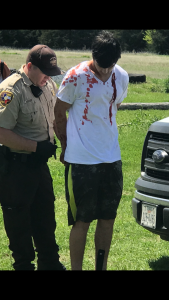 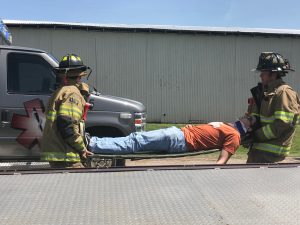 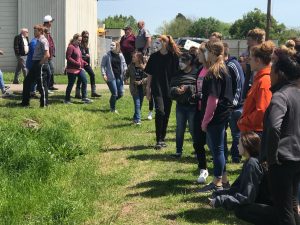 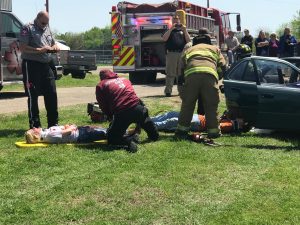 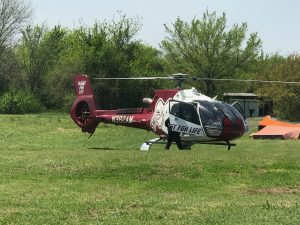 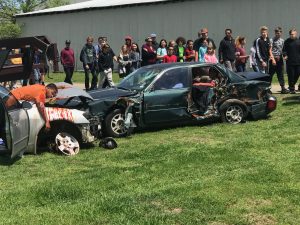 2018 Dairy Festival Kicks Off Parents and Contestant Reception for Contestants