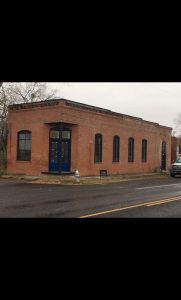 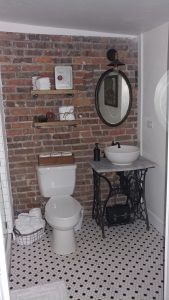 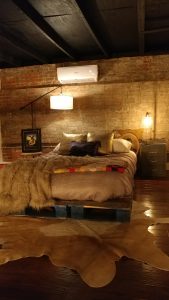 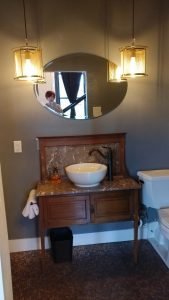 The public is invited to attend an open house on Saturday, March 18th from 10 am to 2 pm to celebrate a piece of East Texas history.  Built over one hundred years ago, the Cumby State Bank building at 201 W. Main Street in Cumby, Texas has undergone an extensive renovation and restoration.

What’s unique about the building is the residential conversion. While the exterior appears much as it did when it was first built, the interior received a makeover that merges the early 20th century with the function and aesthetic of today.

Kris Ruiz purchased the bank in May of 2016 after a two-year search for a historic property that could be converted to a non-traditional residence. Her preference was to find a building in a small town.

“I have a passion for history, particularly the artifacts and architecture we leave behind.  This led me through many towns where, all too often, I found beautiful old buildings in disrepair,” Ruiz said. It was disturbing to know many of these structureswere well on their way to disappearing. Once the building is gone, its story and the part it played in the community are also quickly forgotten.  That won’t be the case for the bank.”

Through Ruiz’s passion and the skilled help of Kyle Robinson of Robinson Bennett Construction, the Cumby State Bank will remain a part of the town and Hopkins county history.  However, preservation wasn’t the only thing on her agenda.

“Affordable housing is an issue across the state and nation.  I wanted this project to show others that commercial structures can be a viable,albeita non-traditional option, when looking for a home.”

Non-traditional is probably a good word to describe the newly renovated bank and its eclectic interior. As you enter through the exterior corner entrance, which was restored to include eight-foot tall double doors, you are greeted with a sparkling floor tiled in U.S. pennies and an ornate, 16-foot tall tin ceiling painted an antique copper metallic.

Much like the original footprint, the bank is open concept.  A downstairs bath, laundry room and storage atticare the only enclosedspaces in the 960 sq. ft. main living area.  When you get past the simple but beautiful bones of the building is when you start to see Ruiz’s creative design. Her inspiration came from three sources: the period in which the structure was built, the building’s function and the surrounding farm and ranch communities.

The first thing you may notice is an eleven-foot long light fixture made from an automated chicken feeder system.This was custom-designed by Ruiz and a local fabricator in her hometown of Huntsville.  The downstairs bathroom was rebuilt, partially to accommodate a restored 1930s vault door converted to a slider. When ‘depositors’ close the door, a plexiglass window exposes a small section of the locking mechanism.  The bathroom floor is also covered in pennies while an antique washstand serves as the vanity

By far, the biggest change to the building’s layout was the loft bedroom.  Through the years, the bank expanded to include an adjacent building. An opening was cut through a shared brick wall while later modifications included the addition of a second story in the smaller structure and the installation of a spiral staircase.

When Ruiz purchased the building, the downstairs of the add-on had already been converted to amodern kitchen. The upstairs room was, unfortunately, a dark closed-in space but did have an ensuite bath.  To create a true loft bedroom, the space needed to be exposed to the main living area, which entailed removing a large portion of the shared brick wall between the two buildings.

A structural engineer was brought in to ensure the renovation plans were doable.  Both Ruiz and Robinson were relieved to get the go ahead for the major construction. Today, the loft is open and airy with a remodeled full bath that includes repurposed antiques and hex floor tile as well as a new walk-in closet.  The back spiral staircase was removed and a wide, metal floating staircase was added to the front of the loft.  The railing design incorporates hog wire, another nod to the farming community.

As for the future of the bank, Ruiz commented, “I did what I set out to do – preserve history and show how these buildings can have new purpose.  As much as I would love to keep the bank, Iwant to do this for another town.I sincerely hope the adage about tossing a pebble in the water and creating ripples will apply here.”

Press Release from the Family of Chance Ross Regarding Lawsuit Settlement