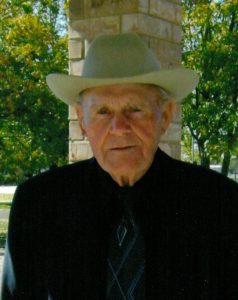 Funeral Service for Linward T. “Trudo” Hurley, age 89, of Sulphur Springs, will be held at 2:00 P.M. on Tuesday, February 21, 2017 at Murray-Orwosky Chapel with Rev. Lester Harper officiating and Montana Hurley, Len Hurley, Toney Hurley, Brian Gumpert, Eddie Gossett and John McLane serving as pallbearers. Interment with full military honors will follow at Union Cemetery. Visitation will be held one hour prior to service.

Mr. Hurley passed away Saturday, February 18, 2017, at Trinity Mother Francis, Tyler.  He was born on May 2, 1927 in Riley Springs to Horace and Leo (Hicks) Hurley.   He married Opal Doris Martin, whom passed away in 1963, then later married Bonnie Harvey.  L.T. was a member of Reilly Springs Baptist Church, a veteran of the U.S. Army and served his country in WW II.  MR. Hurley was retired Farmer.

Saltillo Lady Lions Win in Area round of Playoffs vs Ector. Advance to Regional Quarterfinals.