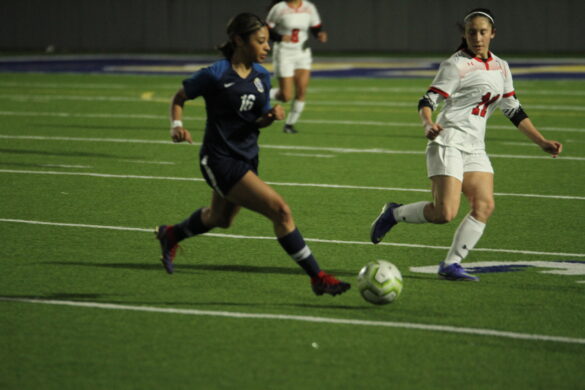 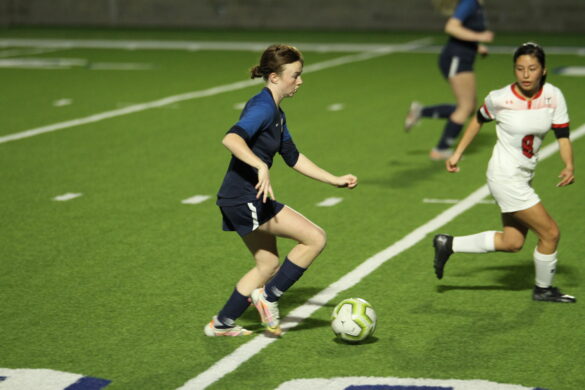 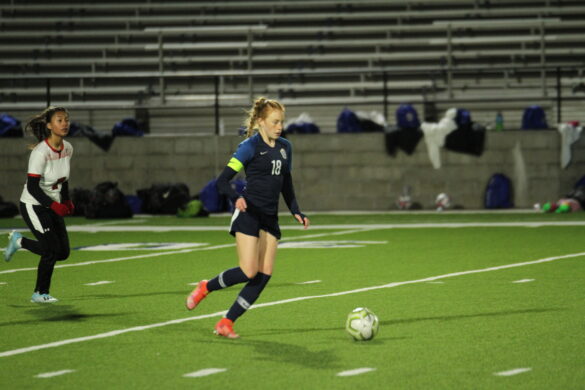 The Sulphur Springs Lady Cats won a decided victory over Marshall on Tuesday night at home.  The Lady Cats put up 11 goals against the Lady Mavericks, scoring 8 of those goals in the first half alone.  The girls showed how with a little passing and movement they have what it takes to compete this season during district play.

The first goal was an early goal by Anna Williams. Followed by a goal from Kylie Clarke off a rebound from a corner kick. Marshall fought hard to keep it out just falling short of achieving that save.

Another goal was earned by Williams from a pass by Emily Soto.  Another pass from Clarke to Williams who carries the ball to the six-yard box for a shot at the goal, finding the back of the net.

The Lady Cats are really able to show off their skills and this is displayed again by Hayley Schultz who dribbles around the defense and has a shot resulting in a goal.  The Lady Cats starter, keeper for the game today, Maya Olvera, made good saves close to the outer box, and was able to help keep the ball in play with her teammates.

A throw in by Williams to Brianna Ruiz who dribbles it in for shot and goal the score, 6-0.  The girls show off their give and go passing from Soto to Ruiz and finally to Schultz for the goal. The final goal scored in the second half is made by Williams who shot it from the middle of the 18 into the back of the net.

The half time score is 8-0 and Marshall reenters the field with visions on getting a goal.  Breakaways and long passes are just not enough to make their drive to the back of the net.  Mia Jones, stops the ball close to the outside box and passes the ball back into play.  Aguayo has moved players around by this time, sending defender Kylie Clarke up top and with a pass from Angel Cruz she shoots a left footed ball into the goal adding to the score.

A bad kick from the Marshall defense, results in a little fight with Clarke, she manages to win the ball back and makes another goal for the Lady Cats.  The last goal of the night is made by Kendall Ferrell, from well outside the 18.  She gets underneath the ball and sails it over head of the defense and the keeper to make the Lady Cat score 11-0.

Marshall had a Junior Varsity team come to play as well against the Lady Cat Junior Varsity team, who was also able to secure a 9-0 win.  Many of the JV girls were able to connect the ball with the back of the net, including Freshman Avery Funk, who scored two goals for the JV.  The coaches are doing well with developing the players and because of injures many of the JV girls have been able to play up with the Varsity to show that they have earned their spot on the team.

SSISD board briefs for 2/7