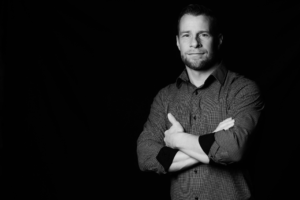 The year was 1998, and 21-year-old Sulphur Springs resident and part-time grocery store clerk Joel Tiemeyer was questioning his place in the world. He liked business, but had little time to study after working long hours. He wanted to travel, but had no money to do so.

“I was really unfulfilled and unsatisfied,” Tiemeyer said. “I was probably at my lowest point. I couldn’t find joy at all.”

One night as Tiemeyer stood alone beside the family bonfire and gazed into the night sky, he experienced what some might call a miracle.

The sky was clear above the oak trees, and the will of the Lord revealed itself to him in the field of stars: “I will cause your descendants to become as numerous as the stars of the sky.” Tiemeyer recalled the quote spoken to Abraham in Genesis as he, too, meditated on his purpose.

“Why would God use somebody like me?” he asked. That’s when he heard the answer loud and clear: “God said to me, ‘If you give your life to me, I’ll take you anywhere you want to go. As long as you preach the gospel.’”

Little did Tiemeyer know his descendants would be spiritual descendants, and he would see the world multiple times over after founding The Way Bible Church right here at home in Hopkins County. With The Way on the eve of breaking ground on a new expansion for their facilities this month, Tiemeyer reflected on the church’s history and where it’s going next. 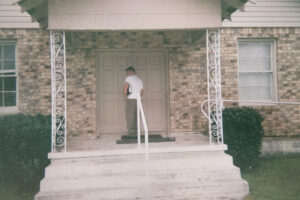 The Tiemeyer family is not originally from Hopkins County, although they are now fixtures. They came to Hopkins in 1984 following a bankruptcy in their home state of Michigan when Joel was only six.

“I had a single suitcase of clothes… and a beat up old 4-door Caprice that was about dead, and we moved down here with nothing,” he noted.

The family lived a struggling blue-collar life in Mahoney while Tiemeyer was growing up. His struggles in school we also very real, as he was in developmental math and reading classes.

“High Bs and a singular A would have been an awesome report card for me,” said Tiemeyer, who took special education classes. “I didn’t know college was an option.”

After becoming a night shift employee at Brookshires post-graduation, Tiemeyer was floating through life– until his revelation beneath the stars.

At that point, he knew he had to do whatever it took to preach a message of hope and acceptance. So, in 1999 he rented the conference room at Country Folks Inn and brought his boombox for music. For his first few services, he had two parishioners– his mom and dad.

“We didn’t have anything. We had nothing,” he joked. “But they were super proud and super supportive.”

Soon brother and sister-in-law Jeff and Amy Tiemeyer had joined the fold, and Joel’s then-fiancee Sheri was happy to help however the church needed. Tiemeyer had a sudden thirst for learning, and was taking classes in math and business at community college.

Still, the church had growing pains.

“We were lucky if we had eight or ten [people] at service those first few years,” Tiemeyer joked.

But little by little, things began to happen for the church. In 2001 Tiemeyer, who never imagined going to college, graduated with a bachelor’s degree in business and enrolled in divinity school. Tiemeyer’s message of hope began to catch on, and it was infectious. In 2002, hours before his wedding ceremony was to take place, Tiemeyer was informed there was literally no room at the Inn– the Country Folks Inn hotel was closing, and the growing congregation would have to meet elsewhere. In short time, TWBC purchased an A-frame church from the cotton days at the corner of Davis and Jefferson.

And then, things started to happen for the church all at once. 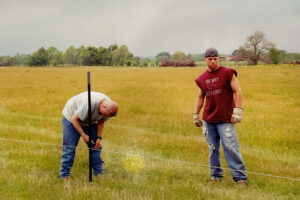 With the congregation now multiplying exponentially, Tiemeyer knew the church would have to expand at some point.

“We were looking for land, something that we could make our own,” Tiemeyer said. They found just that in 2005 when a 24-acre property was put up for sale in Martin Springs.

“It was pretty much the only thing out there,” Tiemeyer noted. “Our neighbor was a dairy, and all that was here was a little shack.”

Tiemeyer and the rest of the congregation envisioned a church community like in days of Hopkins County’s past, where life centered around religion, family and togetherness. So Tiemeyer, not yet 30, signed a $350,000 construction loan to begin The Way’s new home.

In the old Hopkins tradition of collective community-building, TWBC worked together to construct the worship space, from electrical work to framing, decorating and more. Over the next 15 years, attendance grew from a few dozen to an average of 850-1000, with as many as 40 different study and volunteer groups. The church ministers to nearly 300 children and youth and performs baptisms at approximately 70 per year. 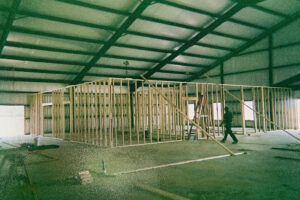 Installing the interior of the church/ Courtesy Korey Hankins

“It’s our message that resonates so strongly,” Tiemeyer said. “The difference is Christ. We have hope in something greater than what’s going on here. We preach encouragement, because everything in the world is beating us up. We just treat each other a lot differently, with great love and respect.”

The Way currently draws parishioners from the five counties surrounding Hopkins, and has a large online presence as well. Worshippers tune in from Rwanda, Nigeria, Philippines, Nevada and Florida, and one device averages about three people, Tiemeyer believes. Last year, Easter service had 1,400 attendees between in-person and online.

“If you’re tuning in online for our services, or coming all the way out here, you’re being very intentional,” he said. “We’re not easy to find out here in little Martin Springs, Texas. But we’re making a big difference.”

“I love how we experience Him in a new and real way every time we worship Him together,” brother Jeff Tiemeyer added. 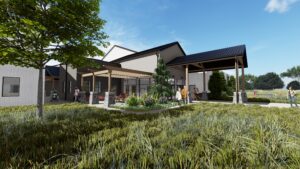 After celebrating 22 years together, the congregation was ready for their next phase. This started in 2019, Tiemeyer said.

“God kept counseling the church elders and I to invest in really good cameras, audio/video,” he noted. “We didn’t think we heard Him right, because that’s not us. We’re all about fellowship in-person, authentic and organic.”

But, he said, not questioning God’s plan, “I guess we’re hearing Him.”

They upgraded their media equipment and prepared to make services more easily accessible online. Little did the members of The Way know that the Covid-19 pandemic was approaching, and parishioners would depend on e-services more than ever before.

Starting March 12, 2019, the building closed for eight weeks for pandemic safety and while on hiatus, a remodel took place inside the facility.

“There’s no perfect time for a pandemic, but we were able to not decrease–but actually increase our services,” he noted.

During the remodel, the upstairs was reconfigured to expand space for children on Sunday mornings and youth and teens on Wednesday nights. The sound booth tripled in size to increase media capabilities and better engage the church’s rapidly growing online community. All restrooms were renovated, and the women’s bathroom doubled in size. The former pastors’ offices were converted into a new nursery and toddler space. 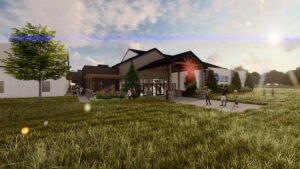 The cost, just over $300,000, was paid in full by donations and intentional giving. Tiemeyer is especially proud that all the money was raised in small batches by parishioners.

“It’s not one person saying, ‘oh I’m rich, I can afford to give hundreds of thousands of dollars,’” he noted. One church member, an 60-year-old widow, turned her home into a pie factory for a year. Others, such as families with four or five children, gave five or ten dollars. After all was said and done, the church made the renovations and incurred no debt in the process.

“There’s just so many people who have given and sacrificed, and that’s why we are all ready to turn soil together,” Tiemeyer said.

Now, the church will break ground next week on a new Worship Center they hope to finish in 2022. The space will have approximately 800 seats and include an area for outdoor activities and updated parking to better coincide with ADA compliance.

“In the design phase we really made a philosophical shift from modern church designs and layouts,” Tiemeyer noted. “We moved away from the ‘come and go’ mindset to a ‘you belong, please stay,’ culture.”

That’s why the new addition to the campus will flow between indoor and outdoor spaces, as well as physical and digital spaces, Tiemeyer said. It’s part of their original mission to create a community of positivity and inclusivity where people can be present in Martin Springs, but also part of their new mission to reach out to folks, wherever in the world they happen to be.

“The Way Bible Church is a place where you can feel welcomed, accepted and loved right where you’re at on the way to where you’re going,” Tiemeyer’s mom and prayer ministry coordinator, Bonnie noted.

“This is about all of us, what we’ve built together, and where we’re going next,” Tiemeyer agreed. “We’re looking forward to the next twenty years and what God has in store,”

Groundbreaking is October 31 at 10:45 a.m. and is open to the public. For more information visit www.twbcss.com.