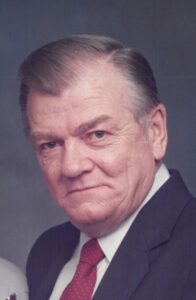 Funeral service for Gordon Lee, age 88, of Sulphur Springs, TX will be held at 1:00P.M. on Saturday, October 2, 2021 at Murray-Orwosky Funeral Home with Rev Mark Elliott officiating. Interment will follow at Restlawn Memorial Park. Visitation will be held one hour prior to the service. Gordon Clifford Lee went home to Heaven on the morning of September/25/2021.

Gordon was born in Williams Co. ND on May 16,1933. Raised on a wheat farm in western ND, he & his older brother farmed together on the family farm and Gordon also worked for an aerial crop spraying company until he was drafted into the Army during the Korean War. After he was discharged, he used his GI Bill to finish his Commercial & Multi Engine flight ratings in Ft. Worth, TX. It was there that he met & married his wife.

Gordon was preceded in death by his parents, a sister, two brothers his son K. C. Lee and grandson Phillip Lee Ledbetter.

Watch for Bridge Work at CR 4712 near Cumby