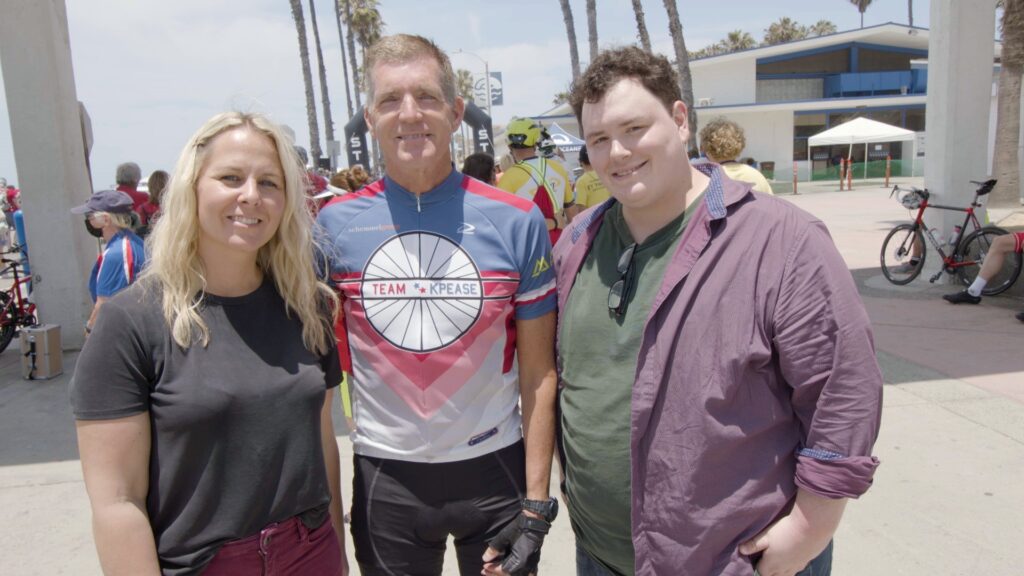 The story of Jerry Schemmel—renowned sportscaster, ultra-distance cyclist and plane crash survivor—is one of inspiration, hope and survival. Now, Schemmel is working with Texas A&M University-Commerce communications major Ashley Fordinal and her crew at Riseup Films to share his story in a new documentary, “From Ashes, We Rise.”

Ashley, who lives in Sulphur Springs, started Riseup Films in 2018 to build people up through the power of film and raise awareness about important societal issues. Jerry’s story perfectly fits that mission.

“Jerry’s story is important to share because he had tragic experiences in his life, yet he rose above them,” Ashley said. “We can all relate to struggles and tragedies. I want to use the power of film to help people break through and rise up from their strongholds.”

When Ashley read a social media post that said Jerry was interested in documenting his life story through film, she reached out. Before long, Jerry and Ashley were discussing possibilities for the documentary.

“We talked for a couple of months before I knew that it was my project to take on, and then I just started running with it,” Ashley said. “I built a crew, and we started working.”

Together, the crew is creating a film that tells Jerry’s story. At age 61, his life so far has been one of both triumph and tragedy. In 1989, he was on United Airlines Flight 232 when it crashed in Sioux City, Iowa. An essential theme in Jerry’s story is how he has used hardships as fuel to live a purposeful life.

Jerry is a professional public speaker, author and attorney. He is a respected sportscaster who has worked for the Colorado Rockies, Minnesota Timberwolves and the Denver Nuggets. He is also a two-time participant in Race Across America (RAAM), known as the world’s longest and toughest ultra-endurance bike race. From Oceanside, California, to Annapolis, Maryland, the cyclists cover 3,000 miles, climb 175,000 feet and cross 12 states.

In 2015, Jerry competed in RAAM as part of a two-person team. This year, Jerry tackled the grueling race alone. The race kicked off on June 15, and the Riseup Films crew were on location to capture the event.

“From Ashes, We Rise” is set for release in spring 2022, just a few months after Ashley’s graduation from A&M-Commerce. After graduation, she plans to continue growing Riseup Films, taking on more projects that uplift viewers and highlight the strength of the human spirit. She will also continue her current role as media director with Sulphur Springs Country Club.

Ashley said she has applied what she has learned in her classes at A&M-Commerce to her projects at Riseup Films. In her broadcast journalism class, she is studying how to create documentaries and conduct compelling interviews.

“I’ve been able to directly apply the instruction I received in that class to my work with Riseup Films,” Ashley said. She is also taking an advanced video class, which she said has also been helpful and timely.

The production of “From Ashes, We Rise” is funded solely by donations from supporters who believe in the value of the project. To support the production, visit gofundme.com/f/fromasheswerisemovie.