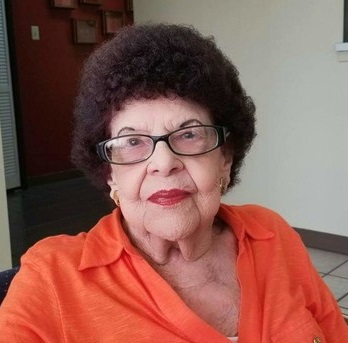 Funeral service for June Kenney, age 88, of Yantis, TX will be held at 11:00A.M. on Monday, March 15, 2021 at Seymore Bible Fellowship with Rev. Jeremy Durig officiating. Interment will follow at Seymore Cemetery with Adam Kenney, Daniel Kenney, Blake Nolen, Derek Burgess, Daren Burgess and Clay Daniels serving as pallbearers and honorary pallbearers Ryan Nolen and Trent Daniel. Visitation will be held from 5:00-7:00P.M. on Sunday, March 14,2021 at Murray-Orwosky Funeral Chapel. Mrs. Kenney passed away on March 11, 2021 at her residence.

Momma June Kenney was born on May 26, 1932 in Sulphur Bluff, TX to Johnny and Carie (Huie) George. She married Harold Kenney on January 15, 1960 in Greenville, TX. Momma June was a housewife and a babysitter. She was a member of Seymore Bible Fellowship.