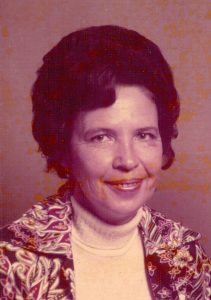 Jean Stephens Tullis was born October 16, 1931 in Yantis, Texas, the daughter of Ruben Stephens and Artie Stephens. She married Gene Tullis in Texarkana, AR on September 29, 1951; he preceded her in death in 1999. Mrs. Tullis retired from Vought Aerospace. She was an avid bowler and a member of the PTA, Order of the Eastern Star, and the National Property Management Association.

She was preceded in death by her parents; husband; brothers, Johnie Stephens, Gail Stephens, and Elzie Stephens and sister, Dorothy Yarbrough.