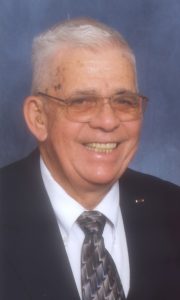 Funeral service for Colonel Grady Fisher, age 87, of Winnsboro, will be held at 11:00 A.M. on Monday, January 21, 2019 at Central Christian Church in Winnsboro with Kevin Hollowell officiating. Military Honors will be provided by the Hopkins County Military Coalition. Interment will follow at the Arlington National Cemetery in Arlington, VAat a later date. Honorary pallbearers will be his former students. A visitation will be held from 5:00-7:00 P.M. Sunday, January 20, 2019 at Central Christian Church in Winnsboro. Col. Fisher passed away Friday, January 18, 2019 at Carriage House Manor in Sulphur Springs.

Grady Frank Fisher was born on May 27, 1931 in Paris, TX to Robert Grady Fisher and Florence Evelyn (Grimes) Fisher. He married Sandy Bunn on February 9, 1958 in Nashville, TN; she survives. Col. Fisher was a retired officer in the United States Air Force, serving in Korea and Vietnam. He was also an ag. teacher and a farmer. Col. Fisher was a member of Central Christian Church in Winnsboro and former President of the Sharon Water Board.

Memorials can be made to the Hopkins County Military Coalition, P.O. Box 699, Sulphur Springs, TX 75483.