After nine long months without football, the 2022 Texas High School Football season has finally arrived. Teams have spent the last few months honing in on their craft and waiting for this moment, and in just three short days, they will finally get to see how all of their practice has paid off.

Today we will be previewing the Week 1 matchups for all of the Hopkins County teams and how they stack up against their season opener opponents. All games are currently scheduled for 7:30 p.m. Friday night. 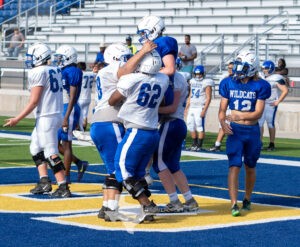 The Sulphur Springs Wildcats will be hosting Jacksonville Friday, as they look to pick up a win in their season opener for the first time since 2018. With all of the excitement surrounding the program, with a new coach, in a new classification and a new district, the Wildcats would love nothing more than to open the season with a win.

Dave Campbell’s Texas Football currently has the Wildcats has a five-point favorite and for good reason. Though Sulphur Springs didn’t win a game in the 2021 season, they have all the tools a team trying to bounce back would need.

Though it’s Week One, Sulphur Springs has had the look of a new team with a new feeling. After getting down 14-0 in their first scrimmage against Lindale, the Wildcats outscored the Eagles for the remainder of the way, before going on to blow out Wills Point in their second scrimmage.

For Sulphur Springs, one of the main keys to victory very well could come down to stopping Jacksonville wide receiver Devin McCuin. McCain is a three-star recruit and is currently committed to UTSA, with other scholarship offers from TCU, Colorado, Washington State, Louisiana Tech, Tulane, Rice, Texas State and others.


If Sulphur Springs can slow down Jacksonville’s passing attack and control the game from the beginning, they very well could open their season with a win for the first time in four seasons. Tune in Friday for our live broadcast of the game with Tyler Lennon and Ryan Humphries here 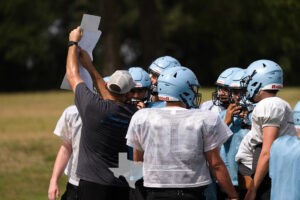 The Eagles have not only had the upper hand in the last two matches, but have done so convincingly. In the 2020 season Como-Pickton opened the year with a 17-0 win, paving the way for a 4-3 regular season and a playoff berth.

Como-Pickton turned around in 2021 and did the same thing, beating Simms Bowie 20-8, this time on the road. Though the Eagles would only go on to win one more game last season, they still had Simms Bowie’s number in the season opener.

The 2022 season will be a chance for Como-Pickton to turn things around after a 2-8 season in 2021 and get back to their winning ways. Before last season the Eagles had made the playoffs in each of the last four seasons, and will certainly be looking to get back to the postseason this year.

For the Pirates, they will be looking to push their postseason streak to five consecutive years. Since 2018 Simms Bowie has gone 24-21 but has gone 15-5 in district play. Will they snap their streak of opening their season with a loss to the Eagles, or will Como-Pickton continue to have their number, in route to a bounce back season? 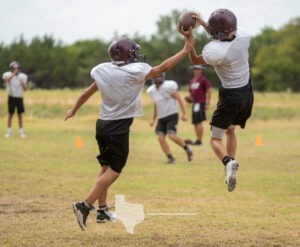 The Cumby Trojans are the only Hopkins County team who will be opening their season on the road this week, as they head to Tom Bean to face the Tomcats. After a down season in 2021, the Trojans have Coach Dracos back at the helm, and will look to get back to the winning ways they had during his first tenure as the Cumby head coach.

Despite being on the road, Dave Campbell’s have the Trojans as a two-point favorite in Friday’s season opener. Things may not have gone Cumby’s way in 2021, but they finished their season with a big road victory over Detroit, and have the momentum of a strong offseason and the return of Coach Dracos propelling them into this season.

With a strong mix of returning players, Cumby will be looking to get back to their 8-4 ways of 2019, opposed to the combined 3-12 record they accumulated over the last two years and starting their season with a road victory over a bigger school in Tom Bean could go a long way in helping them do just that.

Hold onto your hats, real estate picked up steam this week!