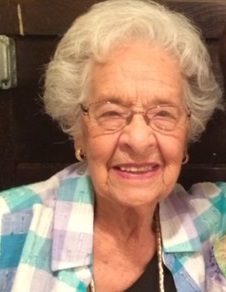 Joy was born on December 21, 1928 in Chester, Texas to James and Mattie Clifton.  She married Randall Herman on June 14, 1947, in Ft. Worth Texas, he preceded her in death in 1990.  Joy worked as a school secretary in the Richardson ISD until her retirement when she moved to Birthright, Texas. She was a member of Birthright United Methodist Church.