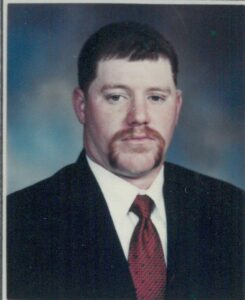 Funeral service for Jesse Weaver, age 43 of Point, Texas will be held at 2:00p.M. on Saturday, January 14, 2023 at County Line Baptist Church with Bro Wayne Darty officiating. Interment will follow at Greenview Cemetery. Visitation will be held one hour prior to the service. Mr. Weaver passed away on January 11, 2023 at his residence.

Jesse was born on May 15, 1979 in Tyler, Texas to Garnett Ernest “Ernie” and Vicki Annett (Lennon) Weaver. He received his Bachelor of Science at Texas A&M Commerce in general agriculture. He worked as a dairy farmer for most of his life. Jesse later worked at Catacon Road Maintenance. He was a member of County Line Baptist Church.

Jesse was preceded in death by his grandparents, Garnett and Audrey Weaver of Miller Grove and Norwin and Tommie Lennon of Emory.

In lieu of flowers donations may be made to Greenview Cemetery.