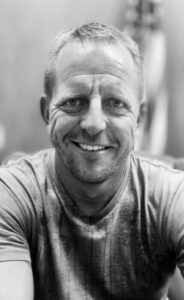 Russ was born the second of five sons to Paul Eugene and Wanda Sue Nuss in Denver, Colorado, but he spent most of his life in Texas.  He left here and went to heaven on December 5th.

He is survived by his wife of 39 years, Lori, and his children and their spouses, Chad and Kaley Nuss and Heather and Tony Mastandrea.  One of his greatest blessings was his grandchildren – Hayden, Olivia, Zachary, Anthony, Gwyneth, and Ethan.  He also left behind his brothers and their wives and families, Larry and Terri Nuss, John and Debbie Nuss, and Donnie and Gayla Nuss.

He is preceded in death by his father, Paul and his brother, David.

Russ was very well known in the community.  From initially starting his own plumbing company to later becoming the Director of Public Works for the City of Sulphur Springs he always tried to be fair in his dealings and earned the respect of many people.  The Lord Jesus Christ saved Russ at the age of 28 and through the trials and heavy burdens of life Russ remained steadfast and faithful to his Lord, his family, and his friends.

Visitation is from 1:00 – 2:00 pm followed immediately by a Memorial service.  A private interment will be at Pine Hill Cemetery in Hopkins County.  Arrangements are under the direction of West Oaks Funeral Home.