Four former Sulphur Springs athletic greats will be inducted into the SSHS Hall of Honor in a pre-game ceremony on Friday, Oct. 21.

Quan Johnson, a district basketball MVP who graduated in 1990; Torio Kelly, a record-setting running back in the Class of 1996; Maegan Bell Nix, a 2003 graduate who was a two-sport MVP; and Colby Suggs, a 2010 graduate who was an All-State pitcher and won a state championship in football, will be the latest Wildcats to be honored with a Hall of Honor plaque.

A public reception will be held for the inductees at 5:15 p.m. Friday, Oct. 21, in the SSHS Multipurpose Building, followed by an on-field induction at 7 p.m. at Prim Stadium before the Wildcats host Paris for a district football game. Friends, family and supporters are invited to attend the reception. 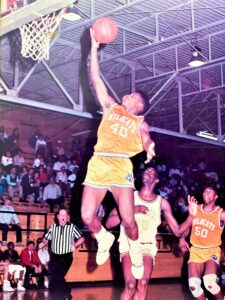 Quan Johnson was a two-year starter and two-time All-District selection for the Wildcats in basketball at SSHS. He was named District MVP his senior year when he averaged 18.3 points, 6.4 rebounds, 4.4 assists, and 2.6 steals per game. He also shot 60 percent from the field and

88 percent from the free-throw line.

The 1990 season for the Wildcats can be described in no other way than simply spectacular.

Winning 13 consecutive games, the Cats broke the record set in the 1964-65 season, and their 24 wins tied the school record for most wins in a single season.

The perfect 8-0 record in district set a new school record for no losses in district play.

Johnson was the only nominated player for the MVP Award, a rare tribute for the versatile 6-0 senior star. He was also named 2nd Team All-Region and All-State Honorable Mention.

Johnson completed his Wildcat career with 899 points, setting the school record during that time for most career points for a two-year letterman.

During Johnson’s career, the Wildcats posted a 43-18 record.

He now resides in Sulphur Springs, where he managed at Walmart for 19 years and is currently the operations manager at High Health Cosmetics in Dallas.

Johnson’s parents are Lonnie and Joyce Shaw. He has been married for 27 years to Shondrea Johnson and has two daughters, SSHS teacher Aliah Johnson, and Tia Berry; and two sons, SSHS seniors Torris and David Johnson.

His presenter will be his former high school coach, Steve Armstrong. 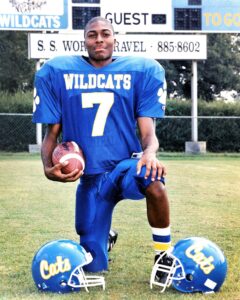 Torio Kelly, who graduated from Sulphur Springs High School in 1996, was a record-setting running back in football and a state qualifier in track and field.

Kelly broke numerous school records at SSHS, earning him All-District and All-State honors as both a junior and senior. He still holds the school record for most career yards rushing with 3,555 and most carries with 563, and also held the school single-season rushing record of 1,771 yards, as well as most rushing TDs in a season and a career.

He was a football team captain as a senior and was Co-MVP in both football and track.

Kelly notes that he was fortunate to have been coached by two Hall of Fame coaches, James Cameron and Joey Florence.

He earned a scholarship to Tyler Junior College, and then transferred to Texas A&M-Commerce in 1998, where he was an All-Conference athlete in football before graduating in 2001.

At TJC, he was Honorable Mention All-Conference as a special teams player with four blocked kicks. At TAMU-C, he is currently ranked sixth with the longest fumble returned in 2001 of 60 yards, and is also currently tied for sixth with 14 passes defended with 10 break-ups and four interceptions in 2001.

After college, Kelly caught the attention of the NFL, working out for 14 Teams, and two Canadian teams, as well as three Arena football clubs.

Over the years, Torio has shared his passion for athletics by educating and coaching area youngsters, and he remains active in the THSCA.

Torio and his wife, LaRisa, now live in DeSoto and have four children and one grandson. They both are coaches in the DFW area. Torio is the assistant football and head boys track coach at South Garland High School.

His presenter will be his son, Jeremiah Kelly. 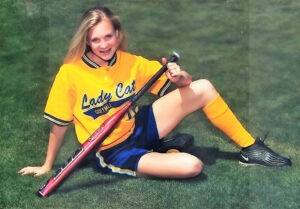 Maegan Bell Nix was a four-year letterwinner on the Lady Cats softball team, made All-District three years and was the team MVP not only in softball but in cross country as well.

While at SSHS, she earned six letters, four in softball and two in cross country. In softball, she was the 2001 District sophomore of the year and was first team All-District, All-Region and Academic All-State each of her last three years.

As a senior, she was also the softball MVP and recipient of the James Cameron Fighting Heart Award.

Bell Nix ran cross country her sophomore and junior years and was the district champion and state qualifier as a sophomore, when she was also named team MVP.

She was awarded a softball scholarship to the University of Central Arkansas, where she was a three-year letterman and starter for the UCA Bears softball team. She was named the 2004 Gulf South Conference Freshman of the Year, and was Second Team All-Conference as a sophomore and junior. In 2006, she was the 2006 GSC crossover tournament offensive player of the tournament.

She also holds career records at UCA for top 25 in batting average, on-base percentage, stolen base percentage, most hits, and most triples. She is No. 3 in career stolen bases with 91 and No. 1 in sacrifice hits with 24. She finished her career with a .978 fielding percentage starting every game at second base.

She now resides in Sulphur Springs and is a Certified Registered Nurse Anesthetist at Christus Mother Frances in Sulphur Springs. She is married to Robbie Nix, who was a letterman in baseball at the University of Central Arkansas, and they have three children: Cooper (12), Lundy (10) and Jackson (3).

Her parents are Terry and Lynn Bell, and has one brother, Tab Bell.

Her presenter will be her high school coach, John McCullough. 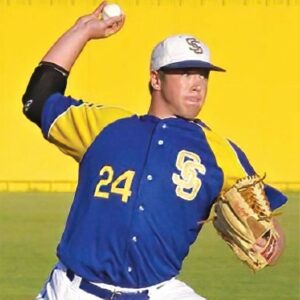 Colby Suggs was an All-State Honorable Mention pitcher, a college All-Star and a second round Major League Baseball selection.

As an athlete at SSHS, he was a two-year letterman as a starting pitcher and third baseman for the Wildcat baseball team.

As an All-District pitcher in 2009, he struck out 17 batters in 7 innings in a playoff game against Henderson. As a senior in 2010, he was an Honorable Mention All-State pitcher and was also named the District 13-4A Pitcher of the Year.

Colby was also a three-year letterman in football for the Wildcats as an offensive lineman. He earned All-District honors as center for the 2008 team that won the 4A Division II state championship, defeating the Dayton Broncos 69-49 in the San Antonio Alamo Dome.

Suggs was a co-recipient of the Forrest Gregg MVP award his senior year.

He is a graduate of the University of Arkansas where he received a scholarship to play baseball for the Razorbacks. He was a relief pitcher his first two years, setting a school record for fewest runs allowed in a season (6) his sophomore year. He was privileged to pitch for Arkansas in the 2012 College World Series in Omaha, Nebraska, that same season, fulfilling a lifelong dream to pitch in the CWS.

Following the College World Series, he played collegiate summer baseball for the Wareham Gatemen in the Cape Cod League and was named an All Star for the league.

Colby was the Razorback closer his junior year at Arkansas and was given the honor of being a team captain. In 2013, as the closer for the Razorbacks, he set a single season record for saves with a total of 13. His ERA for the 2013 season was 1.74 with 29 strikeouts in 20 ⅔ innings pitched.

In June 2013 he was drafted 73rd overall by the Miami Marlins in the MLB draft. He pitched in the minor leagues until he suffered a career-ending elbow injury.

Colby returned to Fayetteville and the University of Arkansas and completed his degree in communications. While there, he also served as the bullpen coach for the Razorback baseball team, helping them return to the College World Series in 2018, where they finished as runners-up for the national championship.

In 2019, Colby joined the Minnesota Twins major league team as an advance scout. On July 1st of this year, he was promoted to bullpen coach for the Twins.

In the offseason he makes his home in Fayetteville, Arkansas, with his wife, Hannah, and sons Miller (4) and Gibson (2).

Colby’s parents are Joe and Kerry Suggs of Sulphur Springs, and he has one brother, Blake Weir of Royse City.

His presenter will be his high school coach, Jerrod Hammack.

Need a Hallmark-worthy Ranch or a Large Un-Grinchy Home? Two Properties Worth Millions