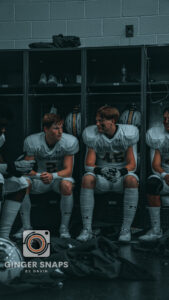 The Sulphur Springs Wildcats traveled to Van Alstyne Friday, looking to pick up their first road win of the season. After back-to-back wins to open the season, the Wildcats were looking to avenge their Week 3 loss and improve to 3-1 on the season.

Sulphur Springs opened the game with a ton of momentum, as both their offense and defense were firing on all cylinders from the very beginning. The Wildcats won the toss and elected to defer to the second half, giving Van Alstyne the ball first.

The Wildcats defense forced a quick three-and-out, giving quarterback Brady Driver and their offense the ball very quickly. After a pair of first downs, Driver pitched a pass to receiver CJ Williams, who took it 25 yards for a touchdown, giving Sulphur Springs a 7-0 lead just two-and-a-half minutes into the game. 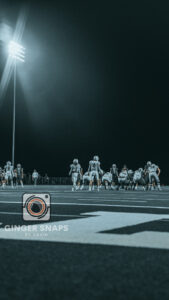 Later in the frame the Wildcats offense started on their own 15-yard line, needing to go 85 yards for another score. The offense almost stalled out early, but a pass to Williams on 3rd-and-6 was enough to pick up the first down and keep the drive going.

The momentum of the first down led the Wildcats down the field, in which they were able to capitalize with a touchdown pass to Matthew Mitchell, pushing the lead to 14-0. Before the first quarter could end, the defense once again played strong, as Bo Loggins was able to come up with an interception, giving his team the ball back in the final minutes of the opening frame.

Sulphur Springs opened the second quarter with a 14-0 lead, as well as the ball inside the red zone. On the opening play of the frame, Driver found Mitchell again over the middle, this time for a 19-yard touchdown, pushing the lead to 21-0.

Trailing by 21, early in the second quarter, Van Alstyne was able to find some offense, moving to a much quicker pace. The Panthers drove the length of the field and got on the board for the first time, scoring on a short pass that brought the score to 21-7.

On the following drive, Sulphur Springs found themselves in a 3rd-and-3 situation just two plays into the drive. Needing just three yards, the Wildcats called a designed run for Driver. Driver was able to find some room on the outside, and took it 69 yards for a touchdown. The extra point was once again good, pushing the Sulphur Springs lead back to 28-7.

The Panthers offense continued to look improved, as they once again drove down inside the red zone, on a fast paced offense. The quick run-heavy approach worked for the Panthers, as they capped the drive off with a rushing touchdown. Van Alstyne converted on a two-point conversion, making the score 28-15 late in the first half. 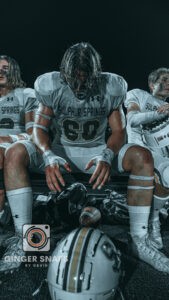 With just a few minutes left, Sulphur Springs quickly got themselves back into scoring position, driving into Van Alstyne territory. From the 25-yard-line Driver dropped back and found Cooper Faircloth for a score, giving the Wildcats a 20-point lead with less than two minutes left in the opening half.

The Panthers had just 90 seconds to try to cut the deficit and get it back within a two-score game before the end of the first half. Van Alstyne looked like they were going to do exactly that, getting themselves all the way inside the 10-yard-line as time ticked away.

Once inside the 10, the Wildcats defense stepped up, forcing a fourth-and-goal from the seven-yard line. With one last chance to score and just 25 seconds on the clock, Van Alstyne called a timeout to figure out what their final play would be.

The Panthers dropped back to pass, looking to find the end zone and make it a two-score game. Wildcats cornerback Landon Fields came up with a huge interception, preventing the Panthers from scoring and keeping Sulphur Springs’ 20-point lead as the first half ended.

The second half was much more low scoring, after a combined 50 points were scored in the first half. The Sulphur Springs defense continued their dominant play, not allowing a single point in the second half. 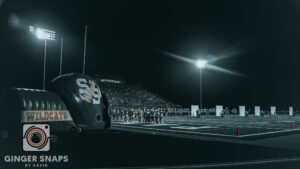 The Wildcats only touchdown of the second half came almost immediately, as freshman Jackson Haire took the opening kickoff all the way to the eight-yard-line. On the very first play, Driver hit Williams for an eight-yard touchdown pass, pushing the score to 42-15.

Sulphur Springs would go on to add another three points in the fourth quarter, thanks to a short field goal from kicker Uriel Santa Cruz. Santa Cruz was 6-for-6 on PAT’s and 1-for-1 on field goals, as the Wildcats won the game by a final score of 45-15. 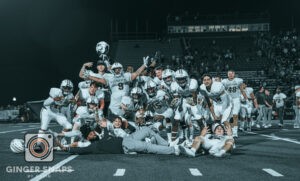 Driver had an excellent game at quarterback, completing 22 of his 28 attempts. He racked up 225 passing yards and threw five touchdown passes, giving him a QBR of 140.6. That wasn’t all, however, as he also ran for 84 yards and one touchdown, giving him 309 total yards of offense, as well as six total touchdowns.

Driver threw to four different receivers in the game, and all four receivers had at least four catches. Williams was the leader of the group, leading the team in catches (10) and receiving yards (83), as well as a pair of touchdowns.

Mitchell also had two touchdowns, in a night in which he caught four passes for 54 yards. Faircloth had a great night as well, catching four passes for 59 yards and one touchdown, while Haire had four catches for 29 yards.

Junior running back Malachi Roland was once again the leading rusher for the Wildcats. Roland carried the ball 15 times for exactly 100 rushing yards, giving him an average of 6.7 yards per attempt. His longest run of the night was good for 42 yards.

Defensively the Wildcats were just as strong, allowing a total of just 272 yards. They were able to force three interceptions and consistently put their team in situations to succeed.

The win pushes their record to 3-1 to start the season, getting them out to the best start the team has had since 2018, when they went 6-4. The 2018 season was also the last time the Wildcats made the playoffs.

Sulphur Springs has just one non-district game left, which is this Friday against the 4-0 Leopards of Liberty-Eylau. The non-district finale is also the Homecoming match for the Wildcats. As of Monday morning, Dave Campbell’s currently have the Wildcats as a 1-point favorite.

After that they will have a bye, giving them a week to rest and prepare for their district opener. For anyone who can’t make it to Friday’s Homecoming match, a broadcast of the match will be aired live on the Front Porch News Facebook, as well as the Chad’s Media Youtube Channel.