The Cumby Trojans had a great day of practice Wednesday, as they march closer to their upcoming season opener. With Coach Tom Dracos back at the helm, the Trojans are ready to get back to the winning ways they had during his tenure, after going 3-12 under a different regime the last two seasons. 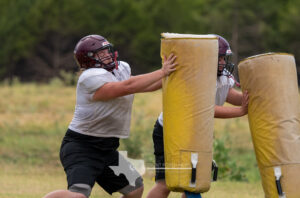 Cumby opens things up Friday, Aug. 26 with a road game against Tom Bean. Tom Bean is also a team in need of a turn around, after going 2-15 over the last two seasons.

In week two, the Trojans will be on the road once again, this time to face Union Grove. The Lions will be looking to break a three-year snap of losing seasons, after going 7-22 in that time span. 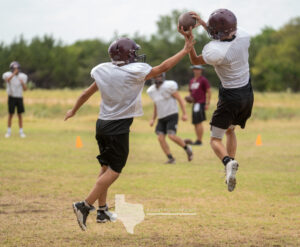 After opening their season with a pair of road matches, the Trojans will finally have their home opener in Week Three, against Mercy Culture Prep from Forth Worth. Mercy Culture has gone 0-8 in each of their last two seasons and will be looking to find the success they had in the 2019 season when they went 5-5.

For a second straight week Cumby will be at home, as they look to host All Saints Episcopal from Tyler. All Saints will be looking to win more than one game in a season for the first time since 2019. 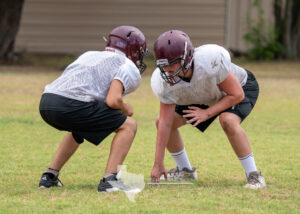 The Cumby Trojans will be on the road for their final non-district game, as they travel to Trenton. Cumby will be looking to seek revenge for last season’s loss against Trenton, after beating them in the seven consecutive matches previously. In those first seven matches Cumby outscored Trenton 293-101.

Right at the midway point in the season Cumby will have their bye week. It will be the perfect time for them to get some rest and regroup as they head into district play in the following week. 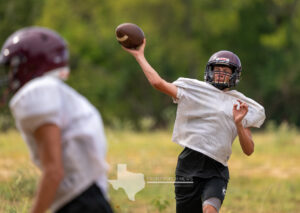 Cumby will open district play with a road match against Detroit. A familiar foe, Detroit was the only win of the season for the Trojans a year ago, beating them 42-36 in their season finale. Detroit will be led by quarterback Cloedus Scales, who was predicted by Dave Campbell’s Texas Football Magazine to be the Offensive MVP of the district.

After not playing in front of their home crowd in a month, the Trojans are back at home to host Maud for their second district game. Cumby will look to snap a two-game losing streak against Maud, after falling to them in each of the last two seasons. Their last matchup before that was back in 2017, when the Trojans won in a 78-62 shootout. Maud was predicted by Dave Campbell’’s Texas Football Magazine to win District 9-2A, with linebacker Tristin Lee predicted to be defensive MVP. 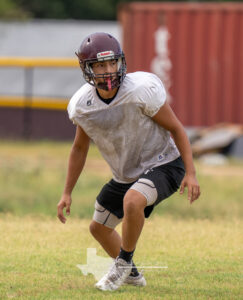 On the road again. The Trojans are once again on the road in this one, this time to go up against the Tigers of Linden-Kildare. The Tigers will be looking to have their first winning season since 2018 and break a two-year stretch of back-to-back 2-8 seasons.

For the final time this season, the Cumby Trojans will get to play in front of their home crowd. In this Halloween weekend matchup the Trojans play host to Simms Bowie, a team they have fallen to in each of the last two seasons. They will be looking to replicate their 8-4 2019 season, when they beat Simms Bowie 50-28 in the opening round of the playoffs.

In their regular season finale, the Cumby Trojans will travel to Clarksville to face the Tigers. This could be a huge matchup for both teams, as Dave Campbell’s Texas Football Magazine predicts Clarksville to take the fourth and final playoff spot in the district. 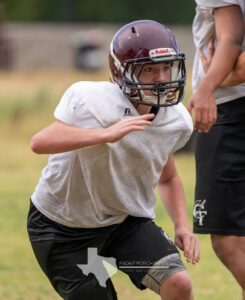 Cumby is predicted to finish sixth, but very well could find themselves in reach of a playoff berth. If the district were to shake out that way, this season finale could play a huge role in seeding. The two teams have split their last two meetings, with Cumby winning 46-6 in 2020 and Clarksville winning 49-28 last season.

How do you see the season playing out for the Cumby Trojans? Let us know in the Facebook comments and wish the Trojans good luck this year.