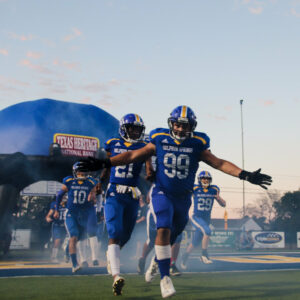 The Dial Study Club is excited to revive a much-loved tradition – the annual Sulphur Springs Homecoming parade! This year’s parade will be held on Thursday, September 22nd at 6:30pm, and the parade theme is School Spirit.

Previously, Sulphur Springs has suffered from a lack of a homecoming parade. Club members who wanted to bring the tradition back recalled that in the 1990s, there were mini floats in the gymnasium. There was a short parade in the early 2000s that culminated in the park with a citywide pep rally.

Beyond 2005, no member of the Dial Study Club can remember having a homecoming parade. When the 2022 theme for the club was decided as “community,” club members expressed they couldn’t believe Sulphur Springs didn’t have a homecoming parade. They wanted to bring it back.

“We are honored to highlight various school teams and organizations at all grade levels to reach our goal of every student feeling supported in their activities,” the club said. “This community is special, and it’s because of individuals like you.”

“We thought this is a good starting point to bring people together and to build community,” club president Emily Glass noted. “We want the kids to participate and every single student org who wants to– so they can see the whole community is behind them”

Dial Study Club is seeking community partners for the event. All proceeds will be given back to the community, with a portion of the total proceeds being given to the school.

Donors are encouraged to partner with a specific student organization they care about such as a club or queen nominee and join them on their float, although they can also drive their own float in the parade.

All sponsorship levels will have the option to be part of the parade with a school team or organization. Order selection will work from top sponsorship down.