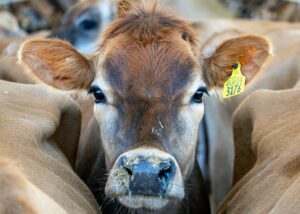 How can it be the first week of May already?

Cool season grasses are lush and green with the rain we’ve experienced and warm season grasses will be coming on soon. Row crops that I’ve seen generally look good, with a few areas to replant, caused by flooding rains.

As area beef cattle producers analyze their breeding programs, consider a further explanation of Expected Progeny Differences (EPD) and how they relate to actual production.

Defining a couple traits EPD’s are used to measure: 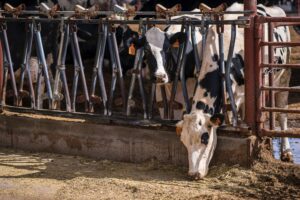 Weaning Weight (WW): Predicts the difference in average 205-day weight (industry standard age at which calves are weaned) of a sire’s progeny compared to calves of another sire. Reported in pounds. Angus breed average weaning weight EPD is 57. In order to tie all of this information together, let’s use our imagination and create a hypothetical Angus bull, named SuperBull. SuperBull has a Weaning Weight EPD of 90, which ranks in the top one percent of the breed for that trait.

Yearling Weight (YW): Predicts the difference in average 365-day weight of a sire’s progeny compared to progeny of another sire. Reported in pounds. Angus breed average yearling weight EPD is 101. Our hypothetical Angus bull, SuperBull, by comparison, has a Yearling Weight EPD of 175, which also categorizes that trait in the top one percent of the breed.

Milk: The Milk EPD predicts the difference in average 205-day weight (industry standard age at which calves are weaned) of a sire’s daughters’ calves, compared to the calves from daughters of another sire. Reported in pounds, ideal Milk values depend heavily on the nutritional environment of the herd. Angus breed average milk EPD is 25. SuperBull, has a Milk EPD of 35, which ranks in the top 10 percent of the breed. 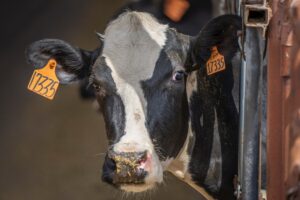 Residual Average Daily Gain (RADG): Expressed in pounds per day, is a predictor of a sire’s genetic ability for postweaning gain in future progeny, compared to that of other sires, given a constant amount of feed consumed. Angus breed average is 0.24. SuperBull has an RADG EPD of 0.33, ranking in the top one percent of the breed. Residual Average Daily Gain is a newer EPD calculated by the American Angus Association after a considerable amount of research. It makes sense that there is a positive correlation between RADG and cattle with greater growth potential. However, the EPD’s defined next, should cause some thought.

Dry Matter Intake (DMI): Expressed in pounds per day, is a predictor of difference in transmitting ability for feed intake during the postweaning phase, compared to that of other sires. Angus breed average DMI EPD is 0.85. Our hypothetical SuperBull has a DMI EPD of 2.15, which ranks him in the bottom five percent of the breed (meaning 95 percent of the breed will consume less feed, postweaning). 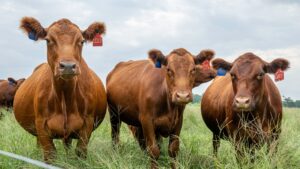 Cow Energy Value ($EN): Expressed in dollars saved per cow, per year. The EPD assesses differences in cow energy requirements for daughters of sires. A larger value (value that is numerically less negative or more positive) is more favorable when comparing two animals (more dollars saved on feed energy expenses). $EN savings differences account for lactation energy requirements and mature size of cows. Angus breed average $EN EPD is -14. SuperBull has an $EN EPD of -55, ranking in the bottom five percent of the breed. This EPD is very useful in my opinion and provides producers a great amount of information about the amount of feed the cattle will consume and their feed efficiency.

Yearling Height (YH): The YH EPD predicts the difference in yearling hip height of a sire’s progeny compared to progeny of another sire. Reported in inches, ideal heights vary depending on production environment. Angus breed average YH EPD is 0.5. SuperBull is not far from breed average, with a YH EPD of 0.6, which ranks in the top 35 percent of the breed. What is the challenge with increased growth? Frequently, the cattle’s frame size increases also, resulting in cattle that require increased amounts of feed/forage and are not best fits for a specific production environment, due to limited feed resources, which generally result in poor body condition, limited milk production, sub-optimal growth, and reproductive challenges.

Tying all this information together with the hypothetical SuperBull, that has elite growth, milk, and Residual Average Daily Gain (RADG) EPDs. However, SuperBull’s EPD’s for Dry Matter Intake and Cow Energy Value rank at the very bottom of the breed and his calves will tend to be slightly taller/bigger than breed average. The take home message: to maximize elite growth and milk potential takes greater than breed average amounts of feed, which results in considerably more cost to feed those animals. Balance all the traits discussed to best fit the cattle to the feed resources, production system, and market.

AT HOME WITH KAYLA PRICE 5/6: Tales from the farm