An Unfiltered Easter: By Joel Tiemeyer

During Easter 2020 we took a journey with our TWBC church family through the last 168 of Jesus’s life unfiltered. Before we take a look an Unfiltered Crucifixion, we want to invite you to join us this Easter at any of our four Easter Services: Saturday at 5PM, Sunday Morning: 8:30AM, 10:00AM, 11:30AM. www.twbcss.com

You can check out the full message by clicking this link

We have done the same thing with the Bible. We read it through the filter of today, life experiences, our hurts, pains, successes and current situations of life.

The purpose of this series is to peel back the layers and get a raw, natural look at how it actually was.

The final 7 hours must have felt like an eternity for Jesus, but it was for our eternity that He did it.

“…And when he had scourged Jesus, he delivered him to be crucified.”

Just after midnight Jesus is betrayed and arrested

He was held in 3 different illegal trials of Annas, Caiaphas, The Sanhedrin where he was beat and abused by the Sanhedrin.

The Sanhedrin bring him to a civil trial before Pilate 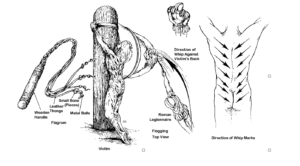 Herod sends him back to Pilate for the final trial where he is scourged, mocked, crown of thorns (the last trial probably started around 8 AM)

He is led to Golgotha (The place of the skull) on the way Simon from Cyrene is forced to help carry his cross.

Matthew 27:32 “32 As they went out, they found a man of Cyrene, Simon by name. They compelled this man to carry his cross.”

They make it to Golgotha. Where the pain of being nailed to the cross begins.

He is hung between 2 Thieves

Offered Wine mixed with gall which is a bitter herb possibly poisonous (they are offered this as a narcotic to deaden the pain.)

1st statement – Luke 23:34 34 And Jesus said, “Father, forgive them, for they know not what they do.” And they cast lots to divide his garments.

2nd Statement One of the thieves puts his trust in Christ

6th Statement – John 19:30 “When Jesus had received the sour wine, he said, “It is finished,” and he bowed his head and gave up his spirit.”

Crucifixion, a method of slow and painful fatal execution in which a victim is tied or nailed to a large wooden beam and left to hang for several days until eventual death from exhaustion and asphyxiation. This was thought to be invented by the Persians in 300 B.C., and perfected by the Romans in 100 BC.

The following details about crucifixion were assembled Dr. C. Truman Davis. He is a nationally respected ophthalmologist, vice president of the American Association of Ophthalmology.

1. It is the most painful death ever invented by man and is where we get our term “excruciating.”

2. It was reserved primarily for the most vicious of male criminals. Jesus refused the anesthetic wine which was offered to Him by the Roman soldiers because of His promise in Matthew 26:29, “But I say to you, I will not drink of this fruit of the vine from now on until that day when I drink it new with you in My Father’s kingdom.”

3. Jesus was stripped naked and His clothing divided by the Roman guards. This was in fulfillment of Psalm 22:18, “They divide My garments among them, and for My clothing they cast lots.”

4. The Crucifixion of Jesus guaranteed a horrific, slow, painful death. Having been nailed the Cross, Jesus now had an impossible anatomical position to maintain.

5. Jesus’ knees were flexed at about 45 degrees, and He was forced to bear His weight with the muscles of His thigh, which is not an anatomical position which is possible to maintain for more than a few minutes without severe cramp in the muscles of the thigh and calf.

6. Jesus’ weight was borne on His feet, with nails driven through them. As the strength of the muscles of Jesus’ lower limbs tired, the weight of His body had to be transferred to His wrists, His arms, and His shoulders.

7. Within a few minutes of being placed on the Cross, Jesus’ shoulders were dislocated. Minutes later Jesus’ elbows and wrists became dislocated.

8. The result of these upper limb dislocations is that His arms were 9 inches longer than normal.

9. In addition prophecy was fulfilled in Psalm 22:14, “I am poured out like water, and all My bones are out of joint.”

10. After Jesus’ wrists, elbows and shoulders were dislocated, the weight of His body on his upper limbs caused traction forces on the Pectoralis Major muscles of His chest wall.

11. These traction forces caused His rib cage to be pulled upwards and outwards, in a most unnatural state. His chest wall was permanently in a position of maximal respiratory inspiration. To exhale, Jesus was physiologically required to force His body to breath.

12. To breathe out, Jesus had to push down on the nails in His feet to raise His body, and allow His rib cage to move downwards and inwards to expire air from His lungs.

13. His lungs were in a resting position of constant maximum inspiration. Crucifixion is a medical catastrophe.

14. The problem was that Jesus could not easily push down on the nails in His feet because the muscles of His legs, bent at 45 degrees, were extremely fatigued, in severe cramping, and in an anatomically compromised position.

15. Unlike all Hollywood movies about the Crucifixion, the victim was extremely active. The crucified victim was physiologically forced to move up and down the cross, a distance of about 12 inches, in order to breathe.

16. The process of respiration caused excruciating pain, mixed with the absolute terror of asphyxiation.

17. As the six hours of the Crucifixion wore on, Jesus was less and less able to bear His weight on His legs, as His thigh and calf muscles became increasingly exhausted. There was increasing dislocation of His wrists, elbows and shoulders, and further elevation of His chest wall, making His breathing more and more difficult. Within minutes of crucifixion Jesus became severely short of breath.

18. His movements up and down the Cross to breathe caused excruciating pain in His wrist, His feet, and His dislocated elbows and shoulders.

19. The movements became less frequent as Jesus became increasingly exhausted, but the terror of imminent death by asphyxiation forced Him to continue in His efforts to breathe.

20. Jesus’ lower limb muscles developed excruciating cramp from the effort of pushing down on His legs, to raise His body, so that He could breathe out, in their anatomically compromised position.

21. There was pain from His two shattered median nerves in His wrists exploded with every movement.

22. Jesus was covered in blood and sweat.

23. The blood was a result of the Scourging that nearly killed Him, and the sweat as a result of His violent involuntary attempts to effort to expire air from His lungs. Throughout all this, He was completely naked, and the leaders of the Jews, the crowds, and the thieves on both sides of Him were jeering, swearing and laughing at Him. In addition, Jesus’ own mother was watching.

24. Physiologically, Jesus’ body was undergoing a series of catastrophic and terminal events.

27. This rising CO2 level stimulated His heart to beat faster to increase the delivery of oxygen, and the removal of CO2.

28. The respiratory center in Jesus’ brain sent urgent messages to his lungs to breathe faster, and Jesus began to pant.

29. Jesus’ physiological reflexes demanded that He took deeper breaths, and He involuntarily moved up and down the Cross much faster, despite the excruciating pain. The agonizing movements spontaneously started several times a minute, to the delight of the crowd who jeered Him, the Roman soldiers, and the Sanhedrin.

30. However, due to the nailing of Jesus to the Cross and His increasing exhaustion, He was unable to provide more oxygen to His oxygen-starved body.

31. The twin forces of Hypoxia (too little oxygen) and Hypercapnia (too much CO2) caused His heart to beat faster and faster.

32. Jesus’ heart beat faster and faster, and His pulse rate was probably about 220 beats/ minute, the maximum normally sustainable.

33. Jesus had drunk nothing for 15 hours, since 6 p.m. the previous evening. Jesus had endured a scourging, which nearly killed Him.

34. He was bleeding from all over His body following the scourging, the crown of thorns, the nails in His wrists and feet, and the lacerations following His beatings.

38. By about noon, Jesus’ heart probably began to fail.

39. Jesus’ lungs probably began to fill up with Pulmonary Oedema.

40. This only served to exacerbate His breathing, which was already severely compromised.

41. Jesus was in Heart Failure and Respiratory Failure.

42. Jesus said, “I thirst” because His body was crying out for fluids.

43. Jesus was in desperate need of an intravenous infusion of blood and plasma to save His life.

44. Jesus could not breathe properly and was slowly suffocating to death.

45. At this stage, Jesus probably developed a Hemopericardium.

46. Plasma and blood gathered in the space around His heart, called the Pericardium.

48. Because of the increasing physiological demands on Jesus’ heart, and the advanced state of Hemopericardium, Jesus probably eventually sustained Cardiac Rupture. His heart literally burst. This was probably the cause of His death.

49. To slow the process of death the soldiers put a small wooden seat on the Cross, which would allow Jesus the “privilege” of bearing His weight on his sacrum.

50. The effect of this was that it could take up to nine days to die on a Cross.

51. When the Romans wanted to expedite death they would simply break the legs of the victim, causing the victim to suffocate in a matter of minutes.

52. At three o’clock in the afternoon Jesus said, “It is finished.” At that moment, He gave up His Spirit, and He died.

53. When the soldiers came to Jesus to break His legs, He was already dead. Not a bone of His body was broken, in fulfillment of prophecy.

54. Jesus died after six hours of the most excruciating and terrifying torture ever invented.

55. Jesus died so that ordinary people could go to Heaven. 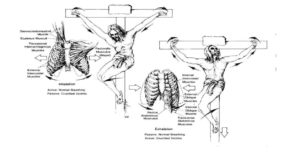 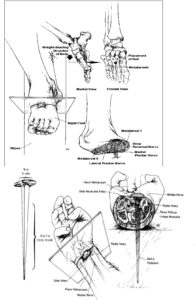