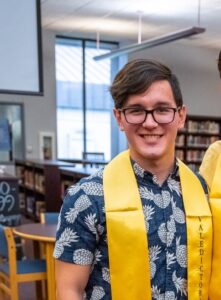 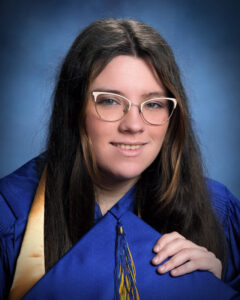 Trinity White has been named the Valedictorian of the Saltillo ISD graduating class of 2022 with an overall GPA of 3.824. She is the daughter of Robert and Shannon White. Groups or organizations include: FCCLA president secretary/ vice president/ president, Beta reporter/ president, class vice president, class president, yearbook, basketball, cross country. Her future plans are to attend PJC to obtain an associate’s degree in business and then to matriculate to TAMU-C to obtain a bachelor’s degree. 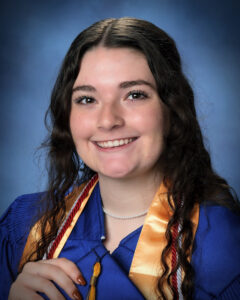 McKenna Gurley has been named the Salutatorian of the Saltillo ISD graduating class of 2022 with an overall GPA of 3.563. She is the daughter of Blake and Donna Gurley. Groups or organizations include: Beta secretary, FCCLA webmaster, senior class secretary, yearbook. She plans to attend TAMU-C and major in education. She intends to become a teacher 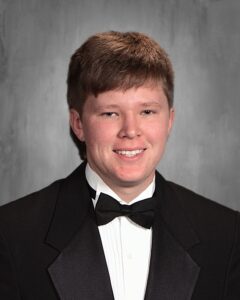 Jacob Harris George has been named the Valedictorian of the Miller Grove graduating class of 2022 with an overall GPA of 101.9. Jacob is the son of Clint and Traci George, the brother of Nathan George, and the grandson of Glen and Carolyn George,and Bill and Bobbye Harris. In his four years of high school, he participated in basketball and baseball. He was awarded the All-District Defensive MVP, All-State Honorable Mention Catcher, and helped his team advance to the Regional Finals in baseball. Jacob was also involved in Academic UIL, was a member of the National Honor Society, Alliance Bank Student Advisory Board, and Chamber of Commerce Leadership Class. He enjoys hunting, being outdoors, and spending time with friends and family in his spare time. Jacob will graduate this spring with his Associate’s degree from Paris Junior College and will continue his education at Texas A&M University College Station. There he plans to pursue both a Bachelor’s and Master’s degree in Business. 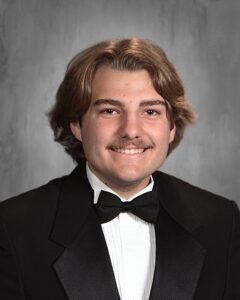 Jagger Qualls has been named the salutatorian of the Miller Grove graduating class of 2022 with an overall GPA of 99.61. Jagger is the son of Cody and Jana Qualls and has one younger brother, Wyatt Qualls. Jagger has participated in varsity baseball, basketball, and track. He has received 1st team All-District Pitcher, Offensive MVP, All-State Outfielder and Honorable Mention Pitcher in baseball, and contributed to the success of the Miller Grove baseball team. He has been a member of National Honor Society and been active in Academic UIL where he has qualified for State in Lincoln Douglas debate two years in a row. Some of his favorite things to do in his free time include spending time with family and friends. Jagger will graduate in May from Paris Junior College with his Associate’s degree in Multidisciplinary Studies. Jagger will attend Southeastern Oklahoma State University, where he intends to major in Aviation. Jagger hopes to excel throughout flight school and become a professional aviator in the future. 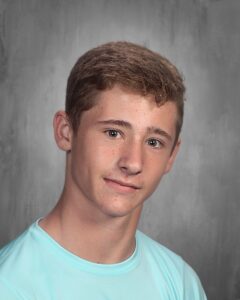 Eli Griffin has been named valedictorian of the 8th grade graduating class of 2022 with an overall GPA of 92.4.  Eli is the son of Cyndi and Dean Williams and has one sibling: his Uncle Jeremy. As a Hornet athlete, Eli has competed in basketball, baseball, cross country, and track. He is also a member of Miller Grove FFA. Outside of school, Eli enjoys working out, playing basketball, and hanging out with his friends. His future short term goals include playing on the varsity basketball team, and making it to a state competition in running. His long term goals are going to college and owning his own business. 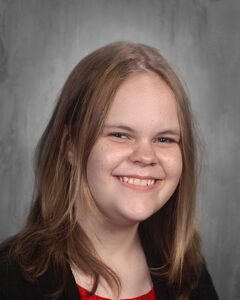 Janie Alberts secured the Miller Grove 8th grade salutatorian spot with an overall average of 91.3. Janie is the daughter of Bill and Maggie Alberts. Her siblings are Colleen, Merry, and Katie Alberts. Janie is a member of FFA where she competes in LDE and CDE contests for her chapter. She is also a Lady Hornet, competing on the junior high basketball team. In her spare time, Janie enjoys playing video games and writing. Janie’s future goals include being high school valedictorian and making good enough grades to get her college degree paid in full.

This story will continue to have additions as local districts submit their valedictorians.