History of the Stewart-Birdwell Cemetery

The Stewart-Birdwell Cemetery near Ridgeway was one of Hopkins County’s first. The pioneer life held all struggles, even in death.

When the first white settlers came to Hopkins County, they faced many challenges, from where to build their homes to what to plant. But as there is a time to laugh and a time to weep, Hopkins County’s pioneer residents also had the challenge of deciding where to bury their dead. 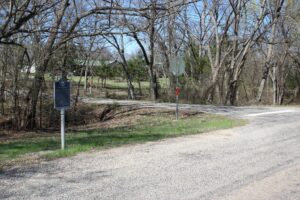 As previously mentioned in the chronicling of the Oakland Cumberland Presbyterian Church, some of the first non-native inhabitants of Hopkins County were the Stewart family: Willis, Nannie, their seven children and former slaves Abraham and Chloe. However, before them came the Birdwells: Zacharias and Polly.

Zacharias Birdwell was a man on the move. Born in Georgia in 1801, he moved ever with the frontier, first to Tennessee, then to Alabama, Arkansas, and finally Texas when in 1851 he was deeded 640 acres of land by the Texas governor in what would one day become Hopkins County, according to local historian June Tuck. With him, he brought his wife Polly.

Finding the land well, they encouraged friends from Alabama to join them, which included a man by the name of “Captain” Merit Brannom, Tuck writes. One fall day in 1870, according to documents, Polly sent Zacharias into the woods for some water to build a fire under her wash pot. Captain, riding up the trail to visit Zacharias, reportedly heard Zacharias calling for help, Tuck writes. Captain supposedly found Zacharias in his wagon being pursued by American Indians, and, drawing on his Civil War training, shot the pursuer dead. 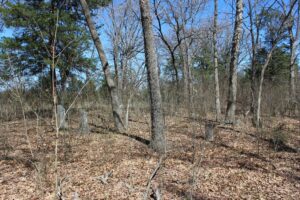 However, the problem of what to do with the slain man arose, Tuck writes. Zacharias allegedly told Captain, “You killed him, so he is yours.” Insisting the man’s body be buried where it lay, Zacharias, Captain and Polly made a grave in the woods, according to documents.

That winter, two more men came to be buried in the woods, both men without families who had come to Texas looking for land, according to documents. The small clearing in the woods was referred to at that time as “Birdwell’s Grave Yard.”

Over the next ten years, approximately ten to twelve more single men were buried there, Tuck estimates. The first marker appears for James Becton Herman, an infant who was born Sept. 12, 1879 and died Oct. 5, 1879.

After the death of Zacharias, Polly wrote to her nephew, Willis Stewart, to join the small community in the future Hopkins County. Stewart would later form the Oakland Church, and arrived in 1882 to buy 301 acres of land from his aunt. 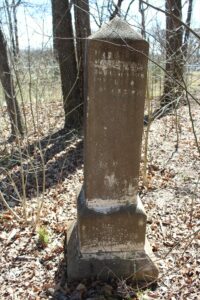 That very winter, the eight-year-old son of Stewart’s two former slaves died, and was buried in the cemetery as well. From thereon it became known as Stewart Cemetery.

The cemetery contains 23 marked graves and an unknown number of unmarked graves. As the years continued, many families from the growing community chose to be buried in the cemetery alongside their kin.