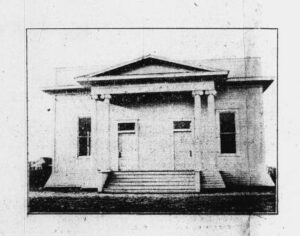 1911- Black Jack Grove had just changed its name to Cumby, and was welcoming a beautiful new Christian Church which seated 300.  Methodists and Baptists took turns sharing the church, “Cumby is a pretty clean looking town of 1400 people,” the also newly renamed Cumby Rustler wrote. Today, Cumby is half the size it was more than a hundred years ago.

1946– Sulphur Springs resident Grover Sellers announced his candidacy for governorship. Although he did not achieve the post, Sulphur Springs always remained proud of their native son, who served as Texas Attorney General from 1944-1946. Judge Sellers also owned and operated a jersey herd in the Star Ridge community and is considered one of the main forces that brought dairy to Hopkins County.

1989– Sheriff Mark Bassham stressed that the Hopkins County Jail was running out of room. At that time, the jail held 104 prisoners, whereas now it holds upwards of 180. Major renovations did not happen until 2015, with an expansion planned for 2023 or later. 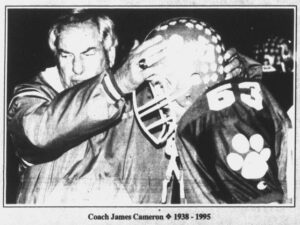 1995– The town mourned the passing of local coaching legend James Cameron (1938-1995). He served as the head football coach at Howard Payne University from 1968 to 1971 and Angelo State University from 1972 to 1973. The cornerstone of his career was as head football coach and athletic director for SSISD. His final record was 208–79–13. “I’m about giving people second, even third chances,” he once told the Hopkins County Echo.

2000– Famed Hopkins newsman Bobby McDonald reminisced in his weekly column that it had been about 50 years since Dreyfuss Harrington, aka “Johnny Pine Seed” came through and advocated citizens of Reilly Springs plant pine seedlings in the spring of 1950s. The community was now filled with gorgeous tall trees because of Harrington, McDonald marveled.

What do you remember about April from the past?
By Taylor Nye. Information via original research and the Hopkins County Echo