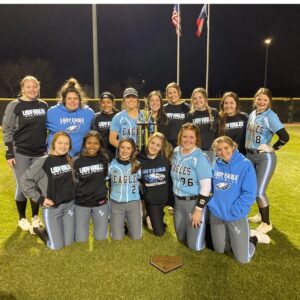 The Como-Pickton Lady Eagles come in at No. 6 in this weeks poll after putting up a strong record of 18-3. Photo courtesy/ CPCISD

The Como-Pickton Lady Eagles continue their strong season, coming in at No. 6 in this weeks edition of the Texas Girls Coaches Association State Softball Poll. After a very strong season last year, the Lady Eagles picked up right where they left off and have a record of 18-3.

In the past week they have been incredibly hot, winning each of their last two games by scores of 12-0 and 10-0. In both games Mattison Buster threw perfect games and has already reached 200 strikeouts on the season.

Buster has had a great season, ranking first in the state in total strikeouts, total wins, no hitters and perfect games. She also ranks second in ERA, as well as home runs, and ranks fourth in both slugging percentage and runs batted in.

The Sulphur Springs Lady Cats are in a very similar situation to the Lady Cats, following up their great season last year with another one this year. For the second update in a row, the Lady Cats find themselves No. 9 in the polls, with a total record of 15-1-2.

Sulphur Springs has also been exceptionally in district play, going undefeated in their first trip through with a record of 6-0. In district play the Lady Cats have outscored their opponents so far by a score of 26-6. 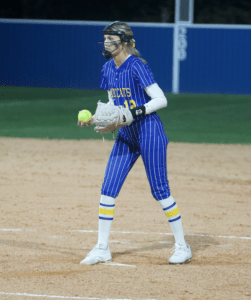 Crimson Bryant is having an excellent season on the mound this year, racking up a record of 12-0 with an ERA of 0.41.

Crimson Bryant has done an excellent job as the teams ace this season, racking up a 12-0 record in 14 starts. Bryant has an incredible WHIP of 0.417 and has struck out 206 batters while only allowing 11 walks and has an ERA of 0.41.

Offensively the Lady Cats have had a great year, led by a handful of batters who are each having great seasons. Kinz Smallwood leads the teams with a batting average of .489 and a OPS of 1.279. 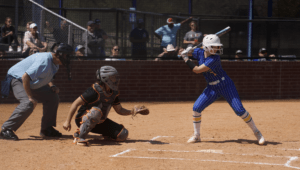 Parris Pickett has been having a strong season at the plate, hitting .388 on the year.

Just behind her is Parris Pickett, who has a strong average of .388. Pickett also has one home, 13 runs batted in and a team-high 15 runs scored.

Addison Caddell is right there with Pickett, batting just .10 points lower at .378. Caddell has a team-high five doubles, as well as one triple and one home run. 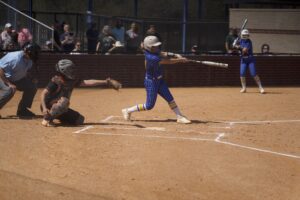 Addison Caddell is having yet another strong season at the plate, batting .378.