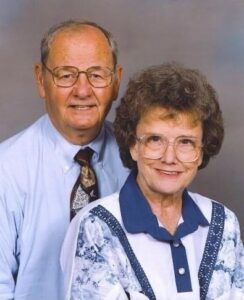 Dolores “Doe” Maddux Reed, 93, of Houston, Texas, went home to be with the Lord on Monday, March 21, 2022. She was born on December 10, 1928 to Henry Sherman and Alice (Starr) Maddux. She graduated from Centerville High School in 1947, and attended college at Sam Houston State Teacher’s College. On September 4, 1949, she married the love of her life, Raymond “Ray” Reed. They were married 63 years.

Together, Doe and Ray had and raised two beautiful children. As the children were growing up, Dolores stayed home and took care of them while Ray worked in the agriculture business in many small towns throughout central and east Texas. In early 1963, the family moved to Jersey Village to establish their family home. At this time, she went back to Sam Houston State University to obtain her teacher and librarian certification and Master’s degree in Library Science. Throughout her career in education, Dolores taught many years as a second grade teacher, school librarian, and district librarian in the Cypress Fairbanks School District. After their retirement in 1989, Doe and Ray joined the Campers on Mission and served for more than a decade.

Mrs. Reed enjoyed fishing, and was a skilled painter and caulker. She and Raymond were lifetime members of Jersey Village Baptist Church. Dolores and Raymond were given the prestigious honor of having an elementary school in Cypress Fairbanks ISD dedicated in their name in 1991. In her later years, she volunteered in the children’s ministry at church, was a member of the choir, and supported an orphanage in India. Dolores can be described as committed to her family, loyal, and generous. She will be remembered for her silly antics and love of hymns, and to know her is to love her.

The family would like to express a special thanks to the staff of Wesley Oaks Memory Care in Sulphur Springs for the care and love that Dolores received throughout the last 4 years.

Visitation will be held at 10:00 a.m., with funeral services following at 11:00 a.m., Friday, March 25, 2022, at Walters Funeral Home in Centerville, TX. Interment will be held at Centerville Cemetery. In lieu of flowers, the family asks that you make a donation to the Alzheimer’s Foundation of America or to Pineywoods Camp in Groveton, TX.