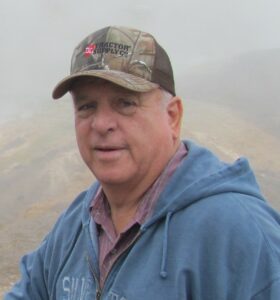 On September 9, 1967, he married his high school sweetheart, Rita Crump, of Cumby, and together they raised five sons.

Mike was blessed to run Heritage Dairy for thirty-seven years on the same property where his dad and grandfather also dairy farmed. Mike served on the Cumby School Board, Cumby Telephone Board, and the Miller Grove Water Board. As a young man, he was in several dairy organizations, serving on their committees. He enjoyed watching his sons play sports as they went through school, and traveling in the Summer on family vacations across the U.S. After he retired from dairy farming in 2010, Mike enjoyed spending time with his sons and grandchildren, watching old western TV shows, and watching the antics of his three dogs.

He was preceded in death by his parents.

In lieu of flowers, donations may be made to the MDS Foundation, or donate a unity of blood in his honor, or to Cumby Cemetery P.O. Box 734, Cumby Texas 75433. Funeral arrangements under the direction of West Oaks Funeral Home, @www.westoaksfuneralhome.com