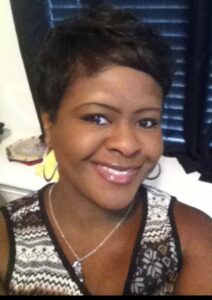 After moving to Texas, she was educated in Sulphur Springs School District and was a graduate of the class of 1989. April also attended East Texas State University in Commerce, TX.

Pursuing her goals, she worked as a business analyst for Nestle Water before moving into her current position with LALA USA, where she served as a Senior Financial Analyst-Commercial Planning and Analysis in June 2017. April’s contagious smile was one that captured the second glance of many.

April joined Morning Chapel Missionary Baptist Church at an early age and while living in Sulphur Springs, she served faithfully in the youth choir. She, like her mother, had a melodious voice, that she used to sing praises to our Heavenly Father.

April Rochelle Harrison Moran departed this life on Monday, January 31, 2022, at her residence, in Garland, Texas.

Funeral services will be held at 12:00 p.m., Saturday, February 12, 2022, at Morning Chapel Missionary Baptist Church. Interment will follow at Friendship Cemetery in Klondike. Visitation will be held from 5:00 to 7:00 p.m., Friday, February 11, 2022. Arrangements are under the direction of West Oaks Funeral Home. www.westoaksfuneralhome.com