At Home with Kayla Price 2/4 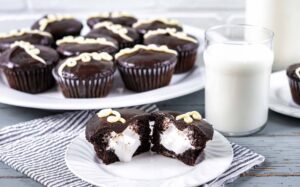 I am intrigued by the linguistic rule of ablaut reduplication.  If you are unfamiliar with this term, let me provide the following:•       Ablaut meaning (per Dictionary.com):  a change of vowel in related words or forms, e.g., in Germanic strong verbs (e.g., in sing, sang, sung).•       Reduplication meaning (per Dictionary.com):  repeat (a syllable or other linguistic element) exactly or with a slight change (e.g. hurly-burly, see-saw).Examples of ablaut reduplication are:  big bad, crisscross, ding dong, flimflam, heigh ho, jig jag, kitty cat, ping pong, singsong, ticktock, wiggle wobble, zig zag, tic tac toe, and bing, bang, boom.The rule of ablaut reduplication, which many of us use but never knew, is that the order of the words is based on the dominant vowels in the words: I – A – O, if three words or I – O or I – A if only two words.I am sure you may come up with many more to add to this list.  Strangely, I could only think of a couple of three-word examples. 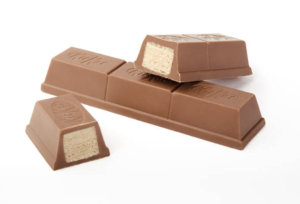 Linguist Mark Forsyth brought this to the attention of non-linguists in his 2014 book, The Elements of Eloquence.  Since then, ablaut reduplication went viral after an editor from the BBC tweeted a passage from the book.Ablaut reduplication is not only a rule in the English language, but many other languages as well.  Its origin is debated by those who debate such things, but apparently it has been around for a while.Apparently, our ear prefers the sound of tip top and jibber jabber over the sound of top tip and jabber jibber.  Though we may be unfamiliar with the rule, we instinctively follow it because it sounds correct to us. 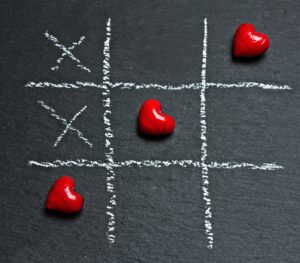 No wonder there are products that have examples of ablaut reduplication as names.  These rhythmic sounds are soothing to our ears!  Examples are Kit Kats, Ding Dongs, Tic Tacs. Or lines from songs such as, “splish-splash I was taking a bath,” “come tiptoe through the tulips with me,” and “knick knack patty whack, give a dog a bone.”The next time you are dillydallying over which way you should be zigzagging, then grab someone to chitchat and tittle tattle with, or, better yet, play a game of ping-pong or pitty pat.  You can always clean the bric-a-brac and knickknacks.  If this sounds like a mishmash of jibber jabber, then get the kitty cat and go for a splish-splash!

Of course, there are several other forms of reduplication that are equally fun!  We will save those for later.Although I am a far cry from a linguist, I do love to learn!