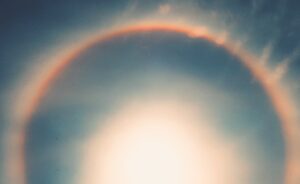 What is a Winter Solstice?

The term “solstice” comes from the Latin words /sol (Sun) and /sistere/ (to stand still) because, during the solstice, the angle between the Sun’s rays and the plane of the Earth’s equator (called declination) appears to stand still.

So what does that mean, exactly? On the arrival of the winter solstice, the Sun appears at its lowest in the sky, and its noontime elevation seems to stay the same for several days before and after this day. The Sun’s gradual decrease in the sky reverses upon the winter solstice.

In the United States, the official start of the winter season happens on the winter solstice.  Winter solstice 2021 will take place on December 21, albeit at different times across the country.  It doesn’t fall on the exact same date every year, but occurs on either December 21 or December 22 annually across U.S. time zones.  Arriving a few days before Christmas, most people are long into their cold weather activities by then, and many not even realize that this December solstice is taking place.

Solstice vs. Equinox   They are not the same thing.  In fact, they are opposites.

Because the planet rotates on a tilted axis, different locations receive varying amounts of sunlight as the year progresses.The solstices mark the days at which the path of the sun travels farthest north or south from the earth’s equator.  This is why the winter solstice is the shortest day of the year, and conversely the summer solstice is the longest day.

The equinoxes, which take place in March and September are the moments in the spring and fall where the sun is directly above the equator and daylight and night time are relatively equal.  Meaning, that while solstices and equinoxes are related, they happen at different times of the year.

Easier to remember is that solstices are the longest and shortest days of the year, while equinoxes occur when the day and night are equally as long, or the same number of hours.

While we celebrate the winter solstice, those living in the Southern Hemisphere will be simultaneously marking the arrival of summer. That’s because while our half of the globe is inclined away from the Sun, their half is inclined toward it. Being tilted away from the Sun brings us shorter days and colder temperatures.

Historians believe Stonehenge in England was erected to keep track of the Sun’s yearly progress.

Winter solstice gardening, in most regions of this country, the first day of winter is too cold for much winter solstice gardening. However, many gardeners find some indoor gardening practices that work for them. For example, one way to celebrate winter solstice for gardeners is to use that day to order seeds for next spring’s garden. This is especially fun if you get catalogs in the mail that you can flip through, but shopping online is increasing in popularity.

There’s no better time than winter to organize and plan for sunnier days to come!

Chamber Connection for 12/16 by Butch Burney