Jason Sanders, 43, of Cumby, was sentenced for  murder on December 3 in the killing of his pregnant wife Margaret this summer. Sanders pled guilty to murder as opposed to capital murder, and therefore and will be eligible for parole in 30 calendar years.

“It is not often that a capital murder case gets resolved in this amount of time,” District Attorney Will Ramsay stated. “It was agreed upon with the parents of the victim that this was an acceptable resolution to put this behind us and avoid a long and costly trial process.”

The presence of the woman’s baby is what qualified it as capital murder, Ramsay said.

“This case was tragic. Two lives were taken in a senseless act of violence. I want to thank the Hopkins County Sheriff’s Office and the Texas Ranger for another job well done constructing a case that facilitates this quick resolution,” Ramsay said.

“The criminal case may be concluded, but we have family members dealing with a lot of pain and loss. We should keep them in our prayers this holiday season.”

“What I wouldn’t give to be able to see Margaret again,” said her mother Betty Johns on social media. “I miss her so much.”

The Hopkins County Sheriff’s Office has one in custody for the alleged capital murder of a pregnant woman, according to a release.

On the evening of Aug. 9, HCSO received a 911 call of a gunshot wound at a residence just north of Cumby. Deputies, Cumby Police, Emergency Medical Services, medical personnel from local fire departments, and criminal investigators responded to the scene, according to a release.

Law Enforcement arrived on scene and found Margret Ann Sanders  suffered a gunshot wound to her torso. EMS provided medical care and air lifted the patient to a hospital for further treatment. 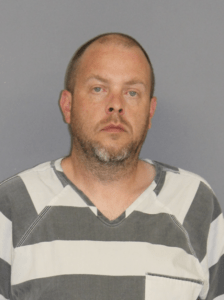 a family member of the victim, allegedly shot the victim in the torso with a small caliber firearm during a domestic disturbance.

Jason Cory Sanders was taken into custody for aggravated assault with a deadly weapon family violence and tampering with physical evidence, according to HCSO

During the early morning hours Margaret Ann Sanders succumbed to her injuries sustained from the gunshot wound, HCSO stated.

Further, investigation revealed the victim is believed to have been pregnant, according to law enforcement.

Based on the evidence obtained in this ongoing investigation, law enforcement and Texas Rangers obtained an arrest warrant was obtained for capital murder.

Jason Cory Sanders was booked into the Hopkins County Jail without incident.