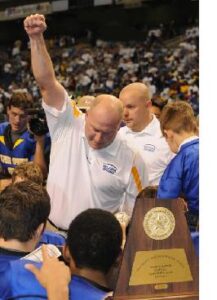 Sources close to us inside Sulphur Springs administration confirmed Friday that Athletic Director and head football coach Greg Owens has officially retired from both positions. As the head coach of Sulphur Springs Owens and his teams saw tons of success, including their State Championship in 2008.

In 2007 Owens began a run with the Wildcats football team in which they won eight or more games for seven consecutive seasons. In his time at Sulphur Springs Owens coached and helped develop numerous Division I talents.