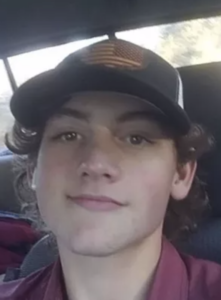 UPDATE: Como Burgers and Fries reported that their weekend fundraiser for Koby Crump was a “huge success” and, with the help of the community, raised over $6,500 for Crump’s medical fund. Crump continues to recover at Parkland Hospital, according to family.

A Como-Pickton teen suffered a severe injury this week while clearing brush, and the community is coming together to fundraise for his medical costs.

Koby Crump, 17, suffered an accident on Nov. 29 while tree-trimming, according to community members. He was taken to Parkland Hospital in Dallas, where he later underwent surgery for a spinal injury.

“He is awake and alert and being his normal sassy self,” said community member Nancy Attaway on social media. “He had extensive damage to his spine and he has a long road ahead.”

Crump is a junior at Como-Pickton High School, as well as a volunteer firefighter.

The following locations are accepting donations on Crump’s behalf: