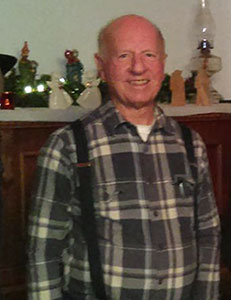 Our brilliant, funny, kind, humble, loving, supportive, giving, precious Bob went to be with his Lord and Savior on November 23, 2021.

Bob was born in Kingman Kansas, on January 16, 1945, to Virginia and Robert L. McClure. The second of 7 children, he loved living on the family farm with his parents, siblings, and grandparents. Bob never tired of telling stories about his life on the farm. After 7 years the family moved to Oklahoma City, Oklahoma.

In 1966 Bob enlisted in the United States Air Force. His first assignment was Clark Air Force Base in the Phillippines. For the 10 months he served there, Bob was an airborne electronic navigation aid repairman. As he worked on C-130s and C-123s Bob was constantly exposed to Agent Orange and other herbicides that were used as defoliants in Vietnam. It was this constant exposure that ultimately caused Bob’s death from Mantle Cell Lymphoma.

Ever the patriot, Bob made the Air Force his career. He served 20 years retiring at the rank of Major.

While stationed at Bergstrom Air Force Base in Austin Texas, Bob met Sue Hawkins. A mere three months after meeting Bob and Sue were married on October 17, 1980.

After retiring from the Air Force Bob and Sue moved to northeast Texas. Settling in Cumby they started a computer software consultation company called Bobcat Open Systems, Inc. In 2000 the couple added web design and hosting. Sue was the web designer while Bob was the guru of all things technical. Viewing their lives as a ministry, the couple specialized in serving start up companies and non profits, offering services at reduced and some times no cost. They also served their community in many other ways. They were still in business at the time of Bob’s death.

Kids in Miller Grove referred to Bob as the “Banana Man” because of the yellow faringed recumbant bicycle he rode almost daily on the country roads near the school.

Bob loved sailing, playing hammered dulcimer, biking, almost anything Linux related, working projects around their homestead, his church, playing in the Ridgecrest Baptist Church band, and laughing with Sue. Sue referred to him as her perpetual motion machine because he was always busy.

A memorial celebration will be scheduled in the future.