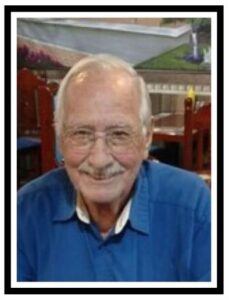 Two Titus County volunteer firefighters have recently died in the line of duty, according to reporting by East Texas Radio.

On the evening of Oct. 27, Sugar Hill Volunteer Fire Department was fighting a structure fire when Captain Wesley Vanderver, 86, collapsed while working the pump truck, according to East Texas Radio.

Vanderver later succumbed to a cardiac incident, according East Texas Radio. Vanderver was the pastor at Sugar Hill Church of God of Prophecy from 1972 until his death, according to his obituary.

On November 15, Tri-Lakes VFD was fighting a structure fire at on Farm Road 1735 when Ross Estabrooks, 47, collapsed on-scene, Titus County Judge Brian Lee told media sources. East Texas Radio writes that Estabrooks was taken to the hospital where he also succumbed to a cardiac incident, although other sources do not confirm this

Services for Estabrooks have not yet been announced.

The State Fire Marshal will conduct a line-of-duty death investigation in the cases of both Vanderver and Estabrooks, which is standard procedure in Texas. Both investigations are ongoing, according to the Mount Pleasant Fire Department.

“This second death of a volunteer fire fighter underscores the sacrifices and danger first responders embrace to serve our community,” the Mount Pleasant Fire Department said in a statement.