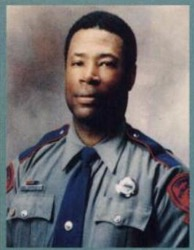 Barry graduated from Sulphur Springs High School in 1975. He loved sports and God. Barry was raised in a Christian household, and was saved at an early age. Although he never professed to be perfect, he became a lifelong man of God. Upon graduation from high school, he received a scholarship to John Brown University in far northwestern Arkansas where he received his Bachelors’ Degree in 1979. After graduation from JBU, he was a high school teacher and coach in McKinney Texas where he helped coach the McKinney Lions to a State football championship.

Barry married Gladene Curry in Carthage, Texas on January 29, 1990. To this union a daughter, Brianna Gabrielle Washington, was born. Barry loved his family and was instrumental in helping other children through his love of serving others. Even though Brianna was the love of his life, he also helped raise others children including Johnnie Balous, who he and Gladene helped raise through high school. Barry’s bond with Johnnie was never broken, even as Johnnie played football at the University of Oklahoma and afterwards. Barry and Gladene worked hard, raised livestock, and were once owners of GW’s Barbecue.

In 1982, Barry joined the Texas Department of Public Safety, and became one of the DPS’ most decorated State Troopers after a career filled with many arrests and seizures of illegal narcotics, and millions of dollars of illegal drug money. During his decades at DPS, he also gained another “bonus son,” partner, and friend in Trooper Tom Ball, now a DEA Special Agent.

Barry’s career in DPS included management as a Highway Patrol Corporal and as a Narcotic Sergeant Investigator. He was often featured in local and State news including episodes of the TV show “Real Stories of Highway Patrol,” the Dallas Morning News, and Parade Magazine for pioneering and leading Texas in highway drug interdiction. He received high praise and recognition from the International Conference of Chiefs of Police and National Sheriff’s Association for drug interdiction operations, training officers in other states, and for mentoring high school age and other young people. From around 1987-2003, Barry Washington was one of Texas’ most prolific and decorated Texas State Troopers. Barry received three Director’s Citations for superior performance of duty. He set the gold standard in highway narcotics and criminal interdiction. He was also very proud of being involved with youths and the highly successful football program of the Carthage Bulldogs in Carthage, Texas.

He retired from the Texas Department of Public Safety with 25 years of service and later worked as a City Deputy Marshall in Tenaha, TX. Upon retirement from DPS, he was awarded the credentials and badge of a Special Texas Ranger. He also held other post-retirement positions in his more than 30-year career in law enforcement.

Barry was active in numerous Men’s Bible Study groups in Sulphur Springs, Lindale, and Mineola, Texas. He also attended several churches in East Texas to include HIS Church and the Cowboy Church, and had plans to start his own.