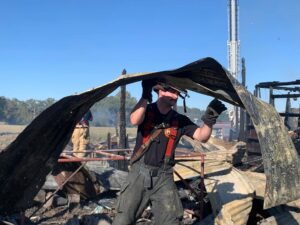 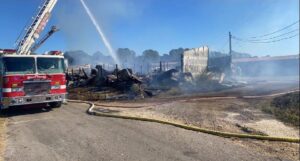 At approximately 2:40 p.m., local firefighters received a call to a structure fire on County Road 2436.

A 20-foot by 100-foot metal structure was engulfed, and endangering a two-story residence, according to Arbala VFD.

The VFDs were forced to pull metal off the structure to expose the scene to battle the fire, Arbala said.

The teams fought the fire for two hours, the stations said. No damage befell the residence and no one was injured, the fire stations noted.