The Hopkins County Sheriff’s Office has arrested one North Hopkins teen after he allegedly made terroristic threats at North Hopkins ISD yesterday, according to a release.

On Tuesday at 5:30 p.m., the North Hopkins school alerted HCSO to a student allegedly making threats on the campus, police said. After an investivation, deputies arrested Troy Michael Stockton, 18, of North Hopkins, on charges of  Terroristic Threat (Felony 3) at his residence.

Stockton is currently in the Hopkins County Jail with a $75,000 bond, according to records.

“I want the community to know that any threat made toward another student or our schools will be taken seriously and investigated immediately,” Sheriff Lewis Tatum said in a press statement. 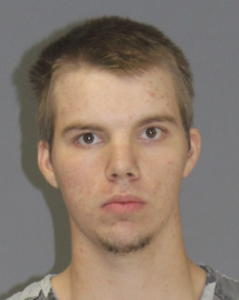 Note: Front Porch News only publishes the names of those 18 and older and charged in a state jail felony or higher offense.