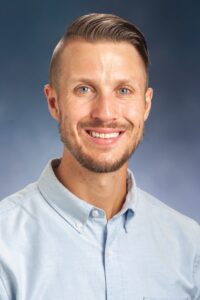 When I explain to folks that I serve as the Director of Partner Development for a non-profit organization focused exclusively on Haiti, I’m often asked, “Why would you spend your time focused on people in Haiti when we have plenty of problems here in America?”

I get it. My wife and I are proud residents of Sulphur Springs. We feel blessed to raise our daughter in this community. And like many of you, we see the challenges facing our town.

Sulphur Springs is a long way from Haiti. News about Haiti usually only reaches our Facebook feed or network news stations when it is profoundly tragic, so that over time it can become easy to see Haiti’s ongoing troubles as symptoms of an incurable disease.

Wouldn’t it be better to focus our efforts exclusively on challenges at home?

I want to offer three reasons why, I believe, Haiti should matter to people living in Hopkins County, and why Haitians are worthy off our support:

Reason #1: Like the first Americans, Haitians fought off the tyranny of foreign oppressors to create their own nation.

The people of Haiti are descendants of slaves abducted from West Africa and forced by French slave owners to work sugar plantations under horrific conditions. In 1804, after a 15-year war, the former slaves drove out the French to win their freedom and a country to call their own—Haiti. Like the people of Haiti, American colonial settlers knew tyranny and made a bold decision to do something about it. This was the spark of our revolution. Almost a century later, the Emancipation Proclamation ensured that America’s heritage would include the tearing down of oppressive systems. Truly, we hear echoes of Haiti in the story of American (and vise-versa)

Reason #2: Haitians (like Americans) thrive when they receive a hand-up, not just a handout.

If I’ve learned anything about Hopkins County in the short time I’ve lived here, it’s that we value hard work, ingenuity, and giving people a fair shake. People here understand there’s far more to be gained from earning something than having it offered for free. In 1990’s, President Clinton began subsidizing Arkansas rice farmers to ship free rice to Haiti. At that time, Haiti was in the midst of a massive food crisis largely due to governmental corruption. As American rice began showing up in Haitian ports, millions of people suddenly had access to free food. The problem was that there were already rice farmers in Haiti (there had been for many generations).

When faced with the choice of buying rice from Haitian farmers and getting it for free from American shipments, impoverished Haitians did what any of us in their circumstances would do. Almost overnight, the entire rice economy in Haiti crumbled. This is just one example (there are thousands of others). Haiti needs America’s help, but not in the form of “free”. Haiti needs jobs, access to education, investment in training, and infrastructure. Most aid organizations exist for the sake of themselves. But non-profits worth their salt should have a vision for working themselves out of a job. In other words, Haitians should ultimately be leading Haitian work. And most of the Haitian’s I’ve met long for these sorts of opportunities.

Reason #3: Inasmuch as Haiti has experienced sorrow and bears the scars of hopelessness, Haiti is also an extraordinarily beautiful place. Haiti’s potential is limitless. The organization I work for, Healing Haiti, has witnessed this first-hand. Our 50 community farmers, almost 200 bread-resellers, and the 190 Haitian staff we directly employ have taught us about how to do work effectively in Haiti. They lead the way, and we simply serve as their advocates here in the U.S. Our staff and those we serve have introduced me to the grit and determination the people of Haiti possess, the beauty of its mountains, beaches, and waterfalls.

A Message About the SSISD School Bond