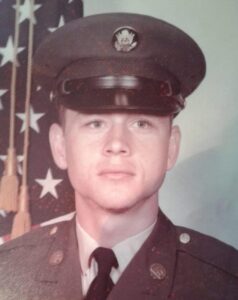 Memorial service for Gerald Dyer, age 65, of Sulphur Springs, TX will be held at 2:00 P.M. on Thursday, October 7, 2021 at Murray-Orwosky Funeral Home with Buddy Wiggins officiating. There will be no formal visitation. Mr. Dyer passed away on September 27, 2021 in Sulphur Springs.

Gerald was born on September 10, 1956 in Snyder, TX to John and Barbara (Carrell) Dyer. He was a retired veteran of the United States Army.

Gerald was preceded in death by her parents.