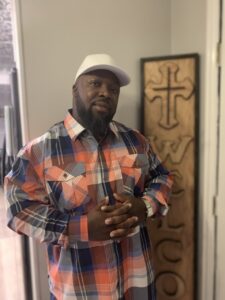 LaRon Deon Pannell was born in Portland, Oregon on September 26, 1979 to the parentage of Jerry Pannell Jr and Glodell Roland. He entered eternal rest on Tuesday, August 31, 2021.

He accepted Christ at an early age.

He married Ericka M. Perry on Friday, December 18, 2020. To this union one son was born, Jayce Pannell, and he gained a beautiful daughter, McKenzie Adams. Nothing gave him more joy that taking care of his family.

He was employed with In-Line, now known as AWP for over 6 years. He loved his job and co-workers.

He had a passion for restoring classic cars and riding motorcycles and ATV’s. He was always uplifting others and wanted the young men to see a positive role model in the way in which he lived his life.

Funeral services will be held at 2:00 p.m., Saturday, September 11, 2021 at Morning Chapel Baptist Church. Interment will follow at St. Luke Cemetery. There will be no formal visitation. Arrangements are under the direction of West Oaks Funeral Home.