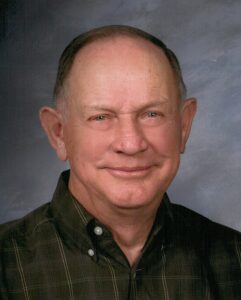 Graveside service for Jones Wayne Roberts, age 90, of Sulphur Springs will be held at 10:00A.M. on Wednesday September 8, 2021 at Restlawn Memorial Park with Rev. Fred Lewis officiating. Dan Humphrey, Brooks Roberts, Lane Roberts, Glen Waller, Cal McCarthy, Kyle Hind and Keith Harris will be serving as pallbearers and in remembrance of his close friends Spoof Cheatham, Gerald Capps and Gene Brewer. There will be no formal visitation. Mr. Roberts passed away on September 1, 2021 in Sulphur Springs, TX.

Jones was born on September 11, 1930 in Cordell, OK to James Thomas “Tom” and Nell (Jones) Roberts. He married Cecile Sweeden on September 11, 1953 in Clarksville, TX. Jones served in the United States Air Force and was a 31-year veteran of the Texas Dept of Public Saftey. Jones was a member of the First Baptist Church in Sulphur Springs.

Jones was preceded in death by his wife, Cecile; four sisters and two brothers.

In lieu of flower, donations may be made to First Baptist Church of Sulphur Springs, Tx.