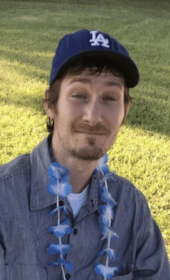 A memorial service for Jason Webb, age 35 of Sulphur Springs, TX will be held at a later date. Mr. Webb passed away on August 26, 2021 at his residence.

Jason was born on April 16, 1986 in Downey, California to Phillip Trujillo and Rosemary Webb. He graduated from ITT Technical School. Jason was a machinist at Flo Serve.

Jason was preceded in death by his dad.