Mack passed away August 20, 2021 at his residence. He was born on November 17, 1941 in Quitman, TX, the son of Noble White and Artie Sanders White. He was a 1959 graduate of Quitman High School. After high school Mack attended East Texas State University where he graduated with a degree in business. He then served his country in the United States Army.

After being discharged from the Army he started his career in the insurance industry with the American General Insurance Company in Dallas. In 1974 he moved to Sulphur Springs where he would later become the owner of the Avinger McCorkle White Insurance Agency.

Mack raised his family in Sulphur Springs where he was active in the community. He coached many youth baseball and softball teams and served in many organizations such as the Lions Club and Sulphur Springs Wildcat Booster Club. He was also a longtime member and deacon of Davis St. Baptist Church.

He married Edee Beck on June 10, 1998 in Wood County. Following his retirement Mack and Edee moved to Lake Quitman where he became an active member of Myrtle Springs Baptist Church. He spent his retirement years fishing on the lake he loved, spending time with family, and attending as many ballgames as possible. He loved to fish, and he loved sports. He loved the Dallas Cowboys and the Sulphur Springs Wildcats, but more than that he loved his family, his church, and his God. 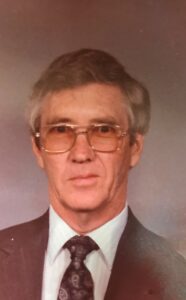 He was preceded in death by his parents and one son, Jason Len White. Arrangements are under the direction of West Oaks Funeral Home.